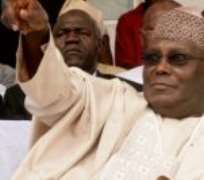 The Chairman of Peoples Democratic Party (PDP) in Niger, Mr Tanko Beji, has advised party leaders to allow the return of defected members who had values to add to the party.

Beji gave the advice on Monday in Minna when he received Chief Raymond Dokpesi, an aspirant for national chairmanship of the party, who was on a campaign tour to Niger.

He also called for reward mechanism for members who stood by the party in the troubled times.

“Those who have torn the party apart must be punished for what they have done.

“In rebuilding the party, there is need for us to open its gate.

“Anybody who wants to add value to our party must be re-admitted into the party, but if you re-join you have to join the queue.

“Those who stood in the hard time must not be overtaken,” Beji said.

The chairman also urged party members to ensure that the December convention mended rather than marred the party, considering the recent crisis it went through.

“Nobody will build this party for us; we have to build it by ourselves, because this party belongs to all of us and does not belong to anybody.

“Unlike other political parties, PDP is not owned by anybody.”

Beji who said that Dokpesi had visited the state three times within 15 months, remarked that the aspirant had always demonstrated the spirit of party man.

He reassured Dokpesi that PDP members in Niger would not fail him.

He advised him to rekindled peoples' confidence in PDP, put mechanism of intra-party democracy in place and give due recognition to state chairmen of the party, if he emerged as national chairman.

Earlier, Dokpesi had said that he believed that he was the most qualified candidate for the party's national chairman.

“I want to plead and assure you that I am eminently qualified to contest for the office of the national chairman.

“If there is anybody in the South-West who is better than me, let us get to the field,” he said.

Dokpesi urged the state delegates to the December convention to make good decision in electing the party's national leaders.