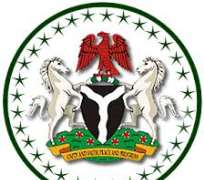 The Movement for the Survival of the Ogoni People (MOSOP) says Nigeria's federal structure is discriminatory and threatening the survival of indigenous communities like the Ogoni people.

Nsuke said the Ogoni people have no place in the current Nigerian system noting that what Nigeria has done to the Ogoni people through discriminatory laws and policies amounts to gross abuse of the rights of the people to a dignified life.

The MOSOP spokesman insisted that the demands of the Ogoni people were just because the Ogoni are a distinct ethnic group within Nigeria whose contributions to national income exceeds those of 20 Nigerian states put together.

Nsuke said it is genocide against the Ogoni people for successive Nigerian regimes to split the country into 36 states and fund these states with the resources of the Ogoni people while the Ogonis continue to live without political rights to self determination.

He noted that it is unfair, very discriminatory and will never be acceptable to the Ogoni people that we fund the federal budgets, fund Nigeria's predominantly unproductive states and we live in conditions that are killing our people daily, conditions that only send us to the graves while our land is generating money that give life to the government of Nigeria.

Nsuke called on the Nigerian government to "respect the wishes of the Ogoni people as contained in the Ogoni Bill of Rights and in particular restore our political rights to self-determination and the demand to manage our own affairs withing the federal republic of Nigeria".

The Movement for the Survival of the Ogoni People (MOSOP)