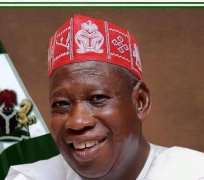 Following their very impressive endeavours towards the advancement, promotion and protection of the human rights of the downtrodden, some Nigerians in their diverse professional fields were announced as human rights Award winner for the decade 2007/2017 by HUMAN RIGHTS WRITERS ASSOCIATION OF NIGERIA (HURIWA).

Those announced as winners of the HUMAN RIGHTS GOLD MEDAL AWARDS of the Decade (2007/2017) include the Kano and Borno States' governors – Dr. Abdullahi Ganduje; Alhaji Kashim Shettima; Senators Hope Uzodinma, Samuel Anyanwu and Osita Izunaso who is also the National organizing secretary of the All Progressives Congress (APC) and founder of Kpakpando Humanitarian Foundation was named as Human Rights laureates.

Other winners are The Guardian Newspapers as the best human rights newspaper of the decade (2007/2017) and The Guardian reporter Mr. Olusegun Olaniyi who was named the best Human Rights reporter of the year 2017.

In a media statement, the National Coordinator Comrade Emmanuel Onwubiko stated that the tenth year anniversary lecture to be delivered on December 10th 2017 being the World HUMAN RIGHTS in Abuja would be used to recognize the awardees even as the chairman of the event is the reputable human rights Activist and serving Senator representing Kaduna Central Senator Shehu Sani. According to the Rights group: “December 10th 2017 being the day set aside by the United Nations to mark the World HUMAN RIGHTS DAY would be the appropriate day for HURIWA that has been in the trenches since the last ten years defending the human rights of the oppressed, the poor, the marginalized, to mark our one decade of post registration”.

“It was the unanimous decision of our teeming members from all over the world and Nigeria specifically to celebrate these few distinguished Nigerians with the hearts of gold who have through their distinctive tasks and professions, have effectively mainstreamed the observance of the human rights of Nigerians. The only remaining nomination will go to the best ORDINARY NIGERIAN OF THE DECADE which would be announced next week”.

“The two governors from the North West and North East emerged as winners in their individual capacities based on their formidable human rights records of excellence. The Kano State governor Dr Ganduje is being celebrated for economically empowering the disadvantaged population of his dear state and for the qualitative and comprehensive educational empowerment of the hitherto oppressed people of Kano state whereas the Borno State governor has shown excellent leadership in managing the disaster brought upon the good people of Borno State by armed religious terrorists. The Borno state governor is being celebrated for diligently deploying human and material resources to mitigate the monumental existential challenges confronting millions of internally displaced persons and for investing in mechanical agriculture to feed the millions of starving IDPS”. Specifically speaking about the Senators that have been listed as awardees, HURIWA commended Senator Uzodinma for galvanizing resources and talents to stop revenue blockages through the oversight duties of his committee on customs which so far have yielded billions of Naira back to National treasury just as Senator Sam Daddy Anyanwu is celebrated for effectively and efficiently spearheading the ethics and priviledges committee of the legislature which has achieved commendable level of discipline and dedicated services.

On Senator Izunaso, HURIWA is happy with his enormous humanitarian and significantly pragmatic efforts towards bringing succour and relief to hundreds of physically challenged Nigerians through his Kpakpando Foundation which he has consistently funded. The Guardian is undoubtedly the most influential national newspaper in the area of enlightenment of Nigerians on their human rights just as the reporter Mr. Olaniyi was chosen amongst 24 finalists as the most dedicated and selfless human rights reporter/Journalist of the year 2017."

The December 10th 2017 tenth anniversary would be attended by at least 500 members of the distinguished public.

HURIWA has also resolved to send letters of commendation to the wife of President Muhammadu Buhari Mrs Aisha Buhari for speaking truth to power and for exposing the corruption within the Aso Rock’s Clinic even as the wife of the Ondo State governor Mrs Akeredolu would be applauded for her advocacy campaign on cancer.

Registered on August 2007, HURIWA's objectives are; to deploy the members’ creative talents as writers to promote, protect and project the human rights of all Nigerians and other law abiding citizens resident within Nigeria; to organize periodic seminars and training workshops locally for human capital development specifically on the tenets and ideals of Human Rights and the rule of Law; to attend International Workshops and Seminars targeted at the promotion and protection of human rights; to conduct periodic studies on ways, means and strategies for promoting and protecting human rights of law abiding citizens; to highlight human rights challenges confronting the persons in conflict with the law and seek for constructive modalities for redressing such violations; and to recognize excellence and good governance standards in the polity through yearly award ceremonies for exceptionally good, tested and trusted leaders in both the corporate and public sectors. The process of selection would be by transparent mass participation strategies.

HURIWA is a membership organization with 8500 members from all over the Country with a foreign representative in Europe and Australia in the person of Chukwuemeka Onwubiko, a Philosopher.