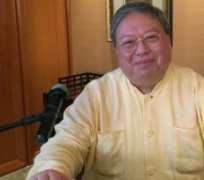 US authorities have arrested Hong Kong’s former home affairs secretary and the ex-foreign minister of Senegal for leading a multimillion dollar bribery scheme in Africa on behalf of a top Chinese energy company, with some deals arranged in the halls of the United Nations.

The company was not identified in the announcement or the complaint filed in New York federal district court, but details in the complaint pointed to CEFC China Energy, the Shanghai-based rising star of China’s energy industry.

CEFC China Energy has blown onto the scene in just a few years, taking major stakes in global projects, including a 14 percent chunk of Russia’s Rosneft, and playing an important role in Chinese President Xi Jinping’s ambitious One Belt One Road initiative.