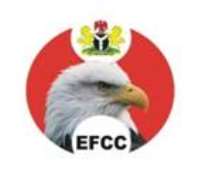 The Economic and Financial Crimes Commission, EFCC, on Tuesday 21 November, 2017 presented its sixth prosecution witness, in the trial of the Chief Medical Director of the University of Calabar Teaching Hospital, UCTH, Professor Thomas U. Agan, and six others, allegedly involved in an N85 million procurement scam, before Justice I. E Ekwo of the Federal High Court sitting in Calabar, Cross Rivers State.

At the resumed hearing of the matter on Tuesday, EFCC counsel, Kayode Oni, presented the sixth prosecution witness, Sunday Ekpo. Ekpo works in Finance and Account Department of the Hospital. He testified before the court that, sometime in 2015, he was invited by the EFCC in respect of procurement procedures in the purchase of a Life Support Ambulance and a Toyota 30-Seater Coaster Bus.

He said that upon reaching the EFCC’s office in Port Harcourt, Rivers State, a copy of the petition was given to him to read through. Thereafter, he wrote a statement about his role in the matter. During Examination In-Chief, Ekpo told the court that he participated in the bid process but was not part of award process. He further said two vehicles: a Life Support Ambulance vehicle was purchased at the rate of N62, 187, 000 Million (Sixty-Two Million, One Hundred and Eighty Seven Thousand Naira) while the Toyota Coaster Bus was purchased at the cost of N59, 546, 750 (Fifty- Nine Million, Five Hundred and Forty Six Thousand, Seven Hundred and Fifty Thousand Naira).

Thereafter, an extra-judicial statement he made on the 2 May, 2017 at the EFCC, was admitted as exhibit PW6A. An attempt by the prosecution to tender the statement made by the same witness on 8 June, 2017 was opposed by the defence counsel Mba Ukwueni, SAN, and other defence counsel on the ground that the said document had not been served on them before the court session.

Justice Ekwo adjourned the matter to December18 and 19, , 2017 for continuation of trial.

Professor Agan and his co-travelers were arraigned on April 3, 2017 on a five- count charge bordering on alleged conspiracy, bid-rigging, abuse of office and breach of due process, contrary to Procurement Act 2007. They are alleged to have used their positions to corruptly influence the award of the purchase of an Advance Life Support Ambulance vehicles and one Toyota Coaster Bus to Anchor Industrial and Construction Services Limited and Basemark Energy Nigeria Limited by inflating their costs and without following due procurement processes to the tune of N85, 062,000.00, thereby contravening the Public Procurement Act 2007.