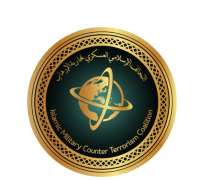 RIYADH November19, 2017 / 8 Rabea al Awal 1439 H: – The Islamic Military Counter Terrorism Coalition (IMCTC) will host the Inaugural Meeting of the IMCTC Ministers of Defense Council. The Inaugural Meeting will take place in Riyadh, on November 26, 2017 / 8 Rabea al Awal 1439 H, under the theme “Allied Against Terrorism,” with the participation of Ministers of Defense of Coalition member countries, and delegates from diplomatic missions and international organizations in Saudi Arabia.

The meeting marks the official launch of the IMCTC and strengthens the cooperation and integration of member countries in the Coalition. IMCTC is a pan-Islamic coalition of 41 countries that will coordinate and multiply their individual efforts to fight terrorism and extremism enabling them to work more effectively with other international security and peacekeeping efforts.

IMCTC has established the Counter Terrorism Center as its operational arm. The Center’s mission is to build up the member the country’s Counter Terrorism capacity, exchange global best practice on specific IMCTC initiatives and create coordinated and thus more impactful efforts across the four IMCTC domains; ideology, communications, counter terrorist financing, and military.