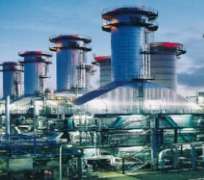 The expectation of Nigerians for adequate and stable power supply may have been raised when President Goodluck Jonathan handed over share certificates to private investors, in five Generation Companies and 10 Distribution Companies which were created from the unbundled Power Holding Company of Nigeria.

The investors took over 60 per cent equity and controlling stakes in the DisCos, while the private GenCos were allotted between 51 and 100 per cent in five plants, with a total installed capacity of about 6,000MW, for which investors paid a total of $3.3bn (N530bn) to the Federal Government.

Furthermore, to ensure smooth take-off, President Jonathan pledged that the privatised companies would be handed over without any baggage of debts, as “all existing PHCN liabilities had been pooled together to be separately managed by the Nigerian Electricity Liability Company”, a newly created agency, which some critics may see as a wasteful duplication of the role of the Debt Management Office.

Notably, the most critical of these liabilities are the existing obligations to the PHCN workers, which The PUNCH Newspaper editorial of September 30, 2013, estimated at about N400bn, while the debts owed by the PHCN to local and foreign creditors, and suppliers were estimated at above N450bn. Thus, while the Federal Government’s total income from privatisation of the PHCN’s generation and distribution subsidiaries amounted to less than N530bn ($3.3bn), the same government will pay out over N850bn, (i.e. an apparent net loss of over N300bn), to privatise these PHCN divisions!

Worse still, with dwindling revenue from oil, government may ultimately be compelled to increase the nation’s already crushing debt burden, by borrowing from the domestic bond market, and pay high rates which are excessive for such sovereign loans, to close the deficit, created by the net loss N300bn+ incurred from the sale of the PHCN’s ‘DisCos’ and ‘GenCos’.

Curiously, therefore, despite the reported injection of over $13bn during former President Olusegun Obasanjo’s tenure, to upgrade existing PHCN assets, the power minister, (under Jonathan) Prof Chinedu Nebo, recently also observed that an annual average of $3.5bn (i.e. $35bn) had been expended by successive governments to raise generating capacity in the last 10 years! Consequently, it seems rather awkward that after government’s massive spending of over $40bn to improve power supply, in the preceding decade, barely $3.3bn was finally received as payment for between 51 and 60 per cent of the distribution and generation assets of the parent PHCN! Admittedly, this amount may also be “marginally” supplemented by another $3.5bn expected from the privatisation of the Integrated Power Projects.

Nonetheless, critics have observed that the $3.3bn so far paid by investors is rather modest in comparison to the present value of a 6000MW capacity plant, consolidated as assets, with the extensive landed property and other infrastructure of the PHCN nationwide.

Consequently, the sale of the PHCN subsidiaries may, arguably, be seen by some critics as a lopsided business model that does not favour the country. Conversely, others may also argue that the substantial loss sustained in the sale, was necessary to finally plug, the huge revenue leakages and restore sanity in the business of power supply in Nigeria.

Other critics, including The PUNCH editorial earlier referenced, have, however, rightly or wrongly alleged that the PHCN’s privatised assets “fell into the hands of companies with spotty records of accomplishment in the electricity business”. Such critics are concerned that the new buyers may not be able to attract the annual average investment of $10bn that the IMF projects will be required in the next 10 years to bridge the gap in power supply. Indeed, the editorial also suggests that the new owners may experience difficulty in raising an initial requirement of over $3.5bn to jumpstart their operations in the short term, while the sustenance of the existing subsidy-laden tariff profile will also challenge the profitability of the investments.

Furthermore, despite government’s assurances that all outstanding labour-related pay issues would be resolved before the physical handing over of the privatised companies, the PHCN workers have insisted that some issues still remain unresolved. These include non-remittance of the two per cent of the union deductions, as agreed, non-payment of retirees who disengaged since 2011; non-regularisation of already identified casual workers, and the recovery of the shortfall in terminal benefits from June 2012 till date. It is not yet clear if the reported payout of about N400bn to the PHCN workers captured these sets of demands.

The above notwithstanding, there is still the small constitutional issue, about the application of the total proceeds from the sale of the unbundled PHCN companies, directly to liquidation of outstanding obligations to workers, without prior lodgment in the federation account and proper legislative appropriation, as per the provisions of Section 162(1) of the 1999 Constitution! Similarly, the inevitable increase in national debt, by over N300bn, from the sale of the PHCN subsidiaries, without any formal, structured legislative approval may equally be seen as inappropriate, while the rise in the already worrying burden of debt repayment, will invariably oppress generations yet unborn.”

The preceding narrative is a summary of the above title, “Negative income from PHCN sale?” which was first published on October 30, 2013 in this column (see www.betternigeriannow.com) Regrettably, the anticipated improvement in power supply from the sale of the poorly managed subsidiaries of the corruption-ridden Power Holding Company has yet to materialise. Furthermore, generating capacity still remains inexplicably around the same 6,000 megawatts benchmark earlier reported in 2013.

Hopefully, by 2023, the completion of the 3000MW Mambilla Hydro project with a $5.8bn Chinese loan may increase total generating capacity beyond 1000MW. However, if issues relating to sustainable tariff persist, evidently, Nigeria’s problems with power supply will endure for many more years.

Therefore, in the foreseeable future, power supply will most likely remain largely epileptic nationwide, so long as the challenges associated with distribution of meters and the controversial and oppressive estimated billing system of the Discos remain unresolved. Unfortunately, the N701bn payments guarantee which the Federal Executive Council approved in the Q1 2017 as intervention fund to the Nigeria Bulk Electricity Trading PLC seems to have failed to significantly improve performance in the power sector.

Nonetheless, by September this year (2017), the electricity distribution companies claimed their operations were jeopardised by a debt of over N67.41bn owed to them by several Ministries, Departments and Agencies of government for electricity supplied in the last three years.

Conversely, the Minister of Power, Works and Housing, Babatunde Fashola, however counterclaims that the DISCOS also owe government over N500bn, as accumulated unremitted revenues, collected for energy supplied from power plants, which were not fully paid for. Eventually, in October 2017, the government agreed to pay the Discos about N25.99bn of the claims, so far verified, while the balance N49.42bn (65 per cent), yet to be verified claims, were apparently, according to the minister, erroneously classified by the Discos as government debt.

Although the Executive Secretary, Association of Nigeria Electricity Distributors, Sunday Oduntan, commended government for approving the debt payment plan, he however regretted that it took three and a half years for this to be paid. Besides, according to Oduntan, “it is rather odd that the plan is to use the Discos’ money to offset their market debt”; “If government is owing the Discos, why does it want to pay their creditors?”

The ultimate question however, is how will the Discos liquidate over N450bn still outstanding for power already supplied? Invariably, the Discos may remain as lame ducks and power will remain epileptic for as long as the present bloated debt overhang remains outstanding.

Furthermore, optimal power generation and distribution will remain elusive if the adoption of a sustainable tariff profile continues to be challenged by weaker naira exchange rates and the very high cost of borrowing in Nigeria.