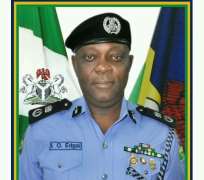 The Lagos State Police Command has disclosed that the 158 protesters and members of the Otodo-Gbame community who were arrested for breaching public peace during their procession has since 16th of November, 2017, been released.

It was gathered that the protesters who were released at about 7PM the same day, during their protest threw caution into the wind by blocking major roads and breaching public peace which resulted into serious panic by the members of the public. It later took the intervention of men of the Lagos State Police Command to calm the situation restoring peace and order.

The Police also disclosed that those involved have also been made to take an undertaken embrace and maintain peace in any part of Lagos they find themselves.

The command however appeal to members of the public that henceforth when demonstrating or airing their grievances, they should do so in a peaceful manner and must not constitute themselves in a manner likely to cause a breach of public peace as the command is committed to the safety of Lagosians generally.