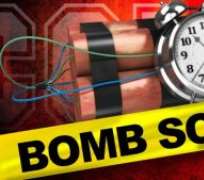 There were rumours of a bomb scare at the Anambra headquarters of the Independent National Electoral Commission, INEC, following the alleged discovery of a substance which looked like an improvised explosive device (IED).

A source who pleaded not to be quoted told THISDAY that the device was detected by men of the anti-bomb squad of the Nigeria Police Force who combed the entire compound Monday morning looking for the suspected device allegedly planted there.

Our source said, “It was early this morning that I was trying to use that road, when police condoned it off. We were told that they found a device that looked like a bomb and had to stop everyone so that they can diffuse the device.

THISDAY gathered that as a result of the development, security has been beefed up around the compound.

When THISDAY arrived the compound, hordes of security operatives were seen around the compound, while visitors were subjected to full identification before they were allowed inside.

The resident electoral commissioner (REC), Dr Nkwachukwu Orji, however, said there was nothing like that.

The state police public relations officer, Princess Nkeiruka Nwode, THISDAY also gathered had told journalists that she was not aware of it, saying she stayed late into the night at INEC the previous day and was not privy to such information.

Asked why the influx of bomb disposal unit experts at the INEC office, Nwode said it was part of preparations for the Saturday governorship election.

The state police commissioner, CP Umar Garba could not react to the alleged bomb scare as he pleaded to call back when our correspondent made a phone call to him but did not.

He, however, accepted that a substance was picked outside the compound and could have been dropped by anyone, but that it was the duty of the police to verify and say so.