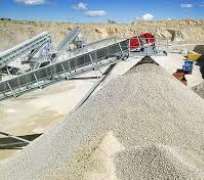 The State government of Osun has sealed a quarry belonging to a company of Alhaji Aliko Dangote over alleged 1.5billion tax default.

Our Correspondent gathered that the quarry which is located at Ajebandele, Ayedaade local government area of the state, had allegedly been evading tax since it started operation on the land many years ago.

The exercise was however, initially disrupted by some armed private local security operatives suspected to be members of Oodua Peoples’ Congress (OPC) who shot sporadically to scare way the officials of the Osun Internal Revenue Service.

Among the tax enforcement team was the Special Adviser to Governor Rauf Aregbesola on Taxation, Mr Gbenga Akano.

Akano said the company was owing about N1.5 billion tax and that several letters have been written to the company with no positive result.

He added that the private security operatives shot at the officials of the IRS, seized their phones, gadgets and harassed them.