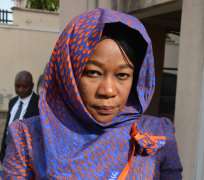 The Suspects: Ishaka Yakubu and Akinbamidele Odunsi were arraigned alongside Abidemi Aderemi Kolade and Violet Ofoegbunam (both bank officials) on a 6-count count charge of conspiracy and stealing of pension funds to the tune of N339million.

The offence breaches Section 315 of the Penal Code Act Cap 532 LFN (Abuja) 1990, and punishable under the same Act.

Arraigned on November 9, the defendants pleaded not guilty to the charge following which the court ordered their remand in prison custody and adjourned to November 15 for ruling on their bail application.

In his ruling, Justice Senchi admitted each of the accused persons to bail in the sum of N1million each with two sureties in like sum. Each of the sureties must own property worth N200million and must deposit original title of the property with the court.

The case has been adjourned to January 23, 2018 for hearing.