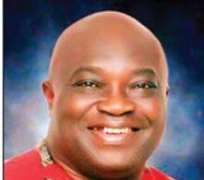 All through the 2015 gubernatorial campaign, Governor Okezie Ikpeazu, PhD left no one in doubt that he would implement programmes that would make him hold the hand of most vulnerable members of the society.

Beyond the obvious infrastructural deficit that became the lot of Abia State, the teacher turned Governor was poised to run a government that would address the socioeconomic needs of Abians especially those at the lowest rung of the economic ladder.

Few months after being sworn in, through the office of the Wife of the Governor and some key partners, the Governor launched a free school meal programme. Being a teacher himself, he knew the impact of a balanced meal to teaching and learning activities within the walls of our schools. In a continent that is known for poor nutritional statistics and its effect on Intelligent Quotient of pupils especially those in public schools, it was an important programme for the administration of Governor Ikpeazu.

Recently, public schools have become the lot of those within the low income bracket who also struggle with the proper nutritional needs of their children. Sometimes these pupils who are anxious to acquire basic education go to school on empty stomach, the result of this on their learning abilities cannot be overemphasized.

While launching the programme, the Governor made it clear that it would be open to partnership with government and non governmental bodies including individuals who have passion to touch lives. He further explained that his targets are those pupils from the very poor homes whose only decent meal may be that which they get from the schools daily.

The objectives of the programme beyond improving their learning capacity would also be to improve their health and that of their parents as it would reduce the financial burden on these families following the automatic reduction in their food budget and leave them with less worry. This programme would also enhance agricultural productivity being that all the food items used for the school feeding programme would be locally sourced.

As for the farmers in the state, this programme will continue to improve sales for them due to the instant market it offers.

Being that Abia state already had a template and similar programme in place it was very easy to plug into the opportunity the federal government programme presented.

Today in Abia state over 200,000 pupils in 859 public primary schools are being fed. Over 1,400 cooks, mostly rural women, have been engaged to implement this programme across the state.

Today in the state, farmers are having a great return on their investment because of the daily purchases by these cooks. Just a tip of the iceberg will show how this programme is economically empowering the people. Twice a week the children are fed with eggs with each child receiving one egg per meal. Consequently, about 400,000 eggs are purchased in Abia weekly, the same goes for rice, beans, yam, cocoa yam, and other items on the menu which was prepared with the local delicacies in mind.

This programme sees to the injection of over N132m every 20 days into the economy of the state.

Beside school feeding, the Abia Social Investment Office has made N-Power, a job creation programme, a household name in Abia State. In 2016 when the first phase was launched, 3,362 Abia youths who prior to that time had no job were recruited. Today they receive N30,000 monthly on a regular basis; in addition they have received tablets which would serve as training tools to equip them with skills which would make them self reliant when they eventually exit the programme.

The socioeconomic impact of deploying over N100m monthly into the hands of these young people can only be imagined. In the second phase which about 75,000 youths have applied, over 40% of them would be recruited. About 1,153 have been selected for N-Build which is a programme that trains youths for between 3-6 months and equip them with tools to start up their own enterprises. To demonstrate the foremost place of Abia in the scheme of things, the state would serve as the centre for the entire Southeast region. The warehouse for all the equipment for the training is located in Umuahia.

This programme is running on the back of the state owned E4E programme which the governor launched during his swearing in ceremony. Today Abia appears to be the only state with a database of over 35,000 unemployed youths. The silent empowerment revolution going on in the state especially targeting those in the rural areas and at the lowest level of the socioeconomic ladder due to the tenacity of Governor Ikpeazu and coordinated by the Abia State Social Investment Office under the supervision of Chinenye Nwaogu is resonating across the state.

Governor Ikpeazu is leading the pack in deepening the development of MSME in Nigeria today therefore these youths who are being retooled will become the backbone to provide critical middle level manpower which is the pivot that drives MSME and industrialization.

Beyond the skill side of entrepreneurship, the Governor is also leveraging on another SIP platform, the GEEP and MONI market loan scheme to provide small scale financial facility to over 40,000 Abians involved in MSME. The initial deal will deliver over N3bn directly to market women and youths across the state. In an economy under recession like Nigeria, economists and development experts see the ingenuity of the Governor because of the level of cash liquidity such fund injection will impact on the economy of the state.

The governance style of thinking outside the box has kept Governor Ikpeazu at a different performance pedestal. The downturn in the financial inflow available to states from federal allocation making it impossible for most states to meet up with their financial obligation has occasioned the need for any right thinking leader to seek refuge from other platforms and sources.

As opined by the effective and articulate head of Social Investment in Abia State, Chinenye Nwaogu, a very unassuming and result oriented technocrat, "Social Investment is an attitude and mindset... it is not necessarily of government or party policy". He explained that even in some APC states the programme has not recorded the kind of impact and success being witnessed in Abia and he attributed this to the efforts of the Governor and his wife who believe that they are in government to impact the common man and woman who have nobody to run to.

Governor Ikpeazu insists that the greatest asset of the state is her people and investing in them is a task he is not taking lightly. He sees Social Investment as a major role of government especially targeting the poor and vulnerable in the society. This is one aspect the Governor has shown great leadership skills in.

To ensure that these programmes achieve the set target, the Governor was one of the earliest to establish an office dedicated to Social Investment and he found the round peg to fit into the round hole in the person of Chinenye Nwaogu, a very sound, passionate and focused young man with deep background working in the development sector. He parades years of close interaction with development partner organizations.

For Abians especially those within the target bracket of these programmes it has been a cruise. Due to the Governor's efforts, Abia has been designated a priority state by the federal government for Social Investment Programmes, meaning that Abia will be among pilot states for all the new initiatives and additions to these programmes thereby bringing great succor to Abia’s masses and entrepreneurs.