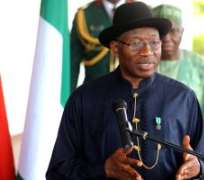 Former President, Dr Goodluck Jonathan, has that former chairman of Economic and Financial Crimes Commission, EFCC, Mrs. Farida Waziri, lied when she alleged being sacked by him because she refused to back down from the probe of one of the masterminds of fuel subsidy scam.

Jonathan challenged the former EFCC chair to name  the company which she said he wanted to stop its investigation by her sacking.

The Punch  on Sunday, had reported that Mrs. Waziri claimed that the former president dismissed her from her job at the EFCC because she refused to “back down from the probe of one of the masterminds of the fuel subsidy scam”.

The paper reported Mrs. Waziri as saying that she was happy that her removal then ”has now helped her not to be associated with the alleged grand corruption that took place under Jonathan's administration”.

“I'm only glad that those things didn't happen under my watch as the EFCC Chairman because it would have been too traumatic for me.

“And that is why if I see President Jonathan today, I will kneel down to thank him for the honour done me by removing me as the EFCC Chairman at the time he did”, the Punch quoted Mrs. Waziri as saying.

But Jonathan  dismissed her assertion as false.
In a Twitter message on Wednesday, the former president challenged Waziri  over the remark credited to her.

“If Farida is not telling lies she should mention the person or company she was investigating and she was stopped”, Mr. Jonathan said through his Twitter handle @GEJonathan.

“Let the @officialEFCC investigate”, Mr. Jonathan said, adding that “Crime has no statute bar. If she can't then she was simply hired to attack me.”