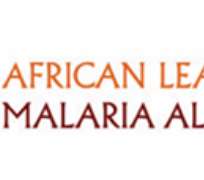 Dar es Salaam (15 November 2017) – The Executive Secretary of the African Leaders Malaria Alliance (ALMA) has today welcomed the appointment of Peter Sands as the new Executive Director of The Global Fund to Fight AIDS, Tuberculosis and Malaria. Responding to the news of Mr Sands’ appointment, Joy Phumaphi said:

“On behalf of the African Leaders Malaria Alliance, I congratulate Peter Sands on his appointment as the next Executive Director of the Global Fund.

Peter brings with him a wealth of expertise from the private sector, including many years as Chief Executive of Standard Chartered Bank, where he worked across Africa.

He has since used his financial experience to support the development sector, with roles chairing both the International Working Group on Financing Pandemic Preparedness at the World Bank and the US National Academy of Medicine’s Commission on a Global Health Risk Framework for the Future.

His strategic leadership and experience will help push forward the Global Fund’s ambitious goals at this critical juncture in the fight against malaria. The Global Fund has been instrumental in mobilising new resources and building innovative partnerships, leading to historically low levels of malaria worldwide.

However, malaria still remains a serious threat to the wellbeing of millions worldwide. Sub-Saharan Africa still carries the highest burden, with 92 percent of the 212 million new malaria cases reported in 2015.

At ALMA, we look forward to working closely with Mr Sands, to ensure a coordinated and collaborative response and achieve a malaria-free Africa.”