Buhari & APC Are Discriminating Against Ndigbo 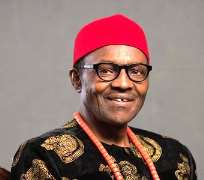 1. After avoiding the South East for the two and a half years he has been in office, the only geopolitical zone in the country to be so blatantly discriminated against, President Muhammadu Buhari has finally decided to visit Ebonyi and Anambra States. In a facebook post on Monday night, the President said that he was coming in connection with the infrastructural development of the area, mentioning specifically such projects as the Second Niger Bridge, coastal railway, electric power development and East-West Road.

2. On the face value of it, the visit could be seen as a positive development. However, a careful examination shows clearly that it is not informed by noble sentiments. It owes to a strong desire to use Ndigbo for partisan purposes. This is why there is no excitement about the visit, especially in Anambra State.

4. The entire people of Anambra State are strongly convinced that President Buhari is coming purely to campaign for his party, the All Progressives Congress (APC) in the November 18 gubernatorial election in the state. To justify asking the people to vote for a party which has done absolutely nothing for them since it came into power on May 29, 2015, President Buhari had to create the impression that he interested in the development of the South East. Consequently, he had to go to Ebonyi State first to commission some projects and then end up in Anambra State at a campaign rally.

5. It is self-evident that both the APC and the Buhari Administration have been discriminating against Ndigbo because of their hatred for the people. A few days after he assumed office, President Buhari announced that he was adopting a policy rewarding those who gave him 95% of their votes and punishing those who gave him only 5% of their votes. Only about 5% of registered voters in the South East voted for him.

6. He has more than kept his word. On August 31, 2017, the Nigerian National Petroleum Corporation (NNPC) made 55 executive appointments, and not one single Igbo person was deemed qualified to benefit from the appointments. Lest we forget, Buhari is the Minister of Petroleum Resources, and how he could go to bed satisfied that a key section of the country which contributes its maximally to the development of the country should be discriminated against so brazenly is a puzzle.

7. The injustice is taken even to the individual level. For instance, even though Dr Emmanuel Ibe Kachikwu is the Chairman of the NNPC Board and Minister of State for Petroleum Resources, steps have been taken to ensure that he is less relevant to the system on account of his Igbo origins. Dr Kachikwu is thus privy to neither appointments nor contracts in the NNPC. Yet, this is someone who passed with distinction from the Law Faculty of the University of Nigeria, from the Nigerian Law School and from Harvard Law School, and has since excelled in the international petroleum industry, rising to the position of regional chairman of the world’s greatest petroleum company. Must Nigeria waste its best talent on account of ethnic origins?

8. Is it sheer coincidence that none of the Igbo ministers under Buhari is assigned a portfolio which will enable him to empower his people? Can the Ministry of Labour and Employment given to Dr Chris Ngige to superintend or the Ministry of Science and Technology assigned to Dr Ogbonnaya Onu to supervise be equated with those of Gen Abdulrahman Dambazzau (Interior) and Brigadier General Mansur Dan Ali (Defence)?

10. President Buhari and his APC may pretend that the Igbo and even the Niger Delta region do not matter, yet they would not hesitate to look for Igboland and its people to be used for difficult jobs. Shortly after Buhari was sworn in, he sent the most hardened Boko Haram fighters to the Ekwulobia Prison in Anambra State? Why not any other geopolitical zone in the country or any APC-controlled state? When the Boko Haram was extremely tough, the APC-led government wasted no time making General Victor Ezugwu the General Officer (GOC) of the newly established 7thDivision of the Nigerian Army in Maiduguri, Borno State. in the same manner, it did not hesitate to send General Lucky Irabor to the front as the Theatre Commander, and he did a fantastic job like Gen Ezugwu.