U.S. approves digital pill that tracks when patients take it 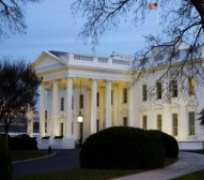 U.S. regulators on Tuesday approved the first digital pill with an embedded sensor to track if patients are taking their medication properly, marking a significant step forward in the convergence of healthcare and technology.

The system offers doctors an objective way to measure if patients are swallowing their pills on schedule, opening up a new avenue for monitoring medicine compliance that could be applied in other therapeutic areas.

Shares in Otsuka rose 2.5 per cent, after news of the U.S. Food and Drug Administration (FDA) late on Monday.

The FDA said that being able to track ingestion of medicines prescribed for mental illness may be useful “for some patients”, although the ability of the digital pill to improve patient compliance had not been proved.

“The FDA supports the development and use of new technology in prescription drugs and is committed to working with companies to understand how technology might benefit patients and prescribers,” said Mitchell Mathis of the FDA's Centre for Drug Evaluation and Research.

The system works by sending a message from the pill's sensor to a wearable patch, which then transmits the information to a mobile application so that patients can track the ingestion of the medication on their smartphone.

About the size of a grain of salt, the sensor has no battery or antenna and is activated when it gets wet from stomach juices.

That completes a circuit between coatings of copper and magnesium on either side, generating a tiny electric charge.

In the longer term, such digital pills could also be used to manage patients with other complicated medicine routines, such as those suffering from diabetes or heart conditions.

Poor compliance with drug regimens is a common problem in many disease areas, especially when patients suffer from chronic conditions.

Proteus has been working on the pill tracking system for many years and the sensor used in Abilify MyCite was first cleared for use by the FDA in 2012.

Abilify MyCite is not approved to treat patients with dementia-related psychosis.

It also contains a boxed warning alerting health care professionals that elderly patients with dementia-related psychosis treated with antipsychotic drugs are at an increased risk of death. (Reuters/NAN)