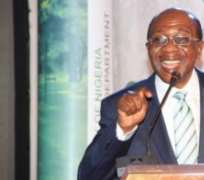 Central Bank of Nigeria (CBN) has said that the implementation of its policy on 41 items has led to the considerable decline in Nigeria’s import bills, from an average of about $5.5 billion to $2.1 billion in 2016 and $1.9 billion by half year 2017.

CBN Governor, Godwin Emefiele, disclosed this during the 2017 Annual Bankers’ Dinner organised by Chartered Institute of Bankers of Nigeria (CIBN) in Lagos weekend.

According to him, in spite of opposition to its introduction, implementation of the policy had seen local manufacturers recording profits and increasing capacity utilisation.

While also staring that the access restriction policy had freed Nigeria from the perennially embarrassing importation of toothpicks, the CBN Governor disclosed that as part of the gains from the policy and in line with an agreement reached with Unilever, which moved its production facility to another country a few years ago, the company had agreed to commission a new Blue Band Factory in Agbara, Ogun State before the end of 2017.