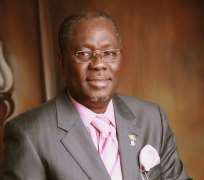 In less than a year from now, the Peoples Democratic Party (PDP) in Osun State will face another landmark battle to reclaim the state, which it lost about eight years ago through judicial rascality and the indiscretion on the part of the then leadership of the party. Sadly, the same ailment, which wreaked havoc on the party in Osun State in 2010 before extending to Oyo and Ogun states in the 2011 governorship elections, has returned. Only that this time around, the indiscretion, occasioned by leadership high-handedness, impunity and disregard for counsel, which have remained the greatest albatross of the PDP, a once-great party that prided itself on a promise to rule for 60-years, might finish off what is left of the party and its chances of returning to winning ways.

It is not news that lack of internal democracy is one of the biggest threats to the success of the PDP. This lack of internal democracy, coupled with indiscipline, were the icebergs that shipwrecked the party’s ship in the 2015 general election and also kept the party under for over two years after the sad loss of the Presidency and a majority of other seats it controlled in the states and the legislature since 1999. No true PDP member would forget in a hurry what impunity and indiscretion did to the party, nearly burying it in the abyss but for the boldness of the Supreme Court, which retrieved the soul of the party from the undertakers and gave it what is now largely seen as a new lease of life under the leadership of Senator Ahmed Makarfi’s National Caretaker Committee.

It is, however, saddening that the same Makarfi on whose side were the teeming majority of party members and the wheel of justice, has begun the same actions capable of returning the party to the ignoble days, where its leaders engaged in macabre dance that nearly destroyed the soul of the party. As it was in the pre-2015 election days, when indiscretion and indiscipline reigned supreme, when imposition and disrespect for the rule of law and the views of the majority was a beautiful bride, so it has begun to be under the leadership of the respected Senator Makarfi. Or how else would one describe the situation in the Osun State PDP, where loyal party members, who are in the majority, are being held to ransom by the leadership of the party because things were not going according to their plan to hand over the party to an individual in the state? How else can any right thinking person describe a situation where party members were promised congress and they began the process, which is expected to take three weeks, at the ward, local government and state levels, only for the leadership of the party to stall the process all because their script had been breached by the determination of party members who wanted internal democracy as opposed to imposition and impunity?

For those who are not conversant with the situation in Osun State PDP; it is simple. The party, in 2016, conducted a valid congress that produced a state working committee under the leadership of Honourable Soji Adagunodo. That congress was attended and supported by 90 per cent of party members from across the 30 local governments; determined party men and women, who wanted to take their party back and return it to winning ways in the state. However, the party’s governorship candidate in the 2014 election, Senator Iyiola Omisore and a few of his men had absconded from that congress after seeing that they had been routed. Unfortunately, the then National Working Committee led by Senator Modu Sheriff cancelled that valid congress and a new process was initiated. The second congresses was conducted by a respected retired Justices which also ended up with Adagunodo winning, while Omisore threw caution to the wind and vowed to see that the result of the congress did not also stand. His game plan had, all along, been clear; he was intent on hijacking the party’s structure as usual. Tried as he did, however, he could not succeed until the Makarfi leadership came on board.

With the coming of Makarfi, a man highly regarded as unbiased and determined to reposition the party, Osun PDP members became confident that the voice of the majority would triumph and that their party would, at last, be allowed to breath an air of peace. They were wrong! Makarfi’s leadership, at the initial stage, demonstrated the resolve to stand by the truth, promising not to tamper with the congress that produced Adagunodo, since it was adjudged valid by INEC, the Nigerian Police, SSS and the party leadership. It, however, changed the goal post in the middle of the game after pressure from Governor Ayo Fayose who was playing Omisore script and who is erroneously considered as the only one in Osun PDP. Not only did the Makarfi leadership cave in to pressure from Omisore and his backers outside the state, it nearly robbed the majority in Osun PDP by recognizing Faforiji as the chairman of the party despite the fact that he never participated in the congress, but for the wise intervention of Governor Nyesom Wike, who pointed out that any decision apart from a fresh congress ordered in Osun like other states will be unfair and most unjust.

Though a majority of party loyalists in the state considered the order to conduct fresh congress as a miscarriage of justice, they were prepared to prove their commitment to the PDP. A caretaker committee led by Hon. Sarafadeen Ishola comprising of equal membership of the two groups was set up and inaugurated, while new dates were fixed for ward, local and state congresses that were supposed to run between 21st of October through 4th November,2017. Participation in the congress include the purchase of delegates forms for congresses at the price of about N500,000 per local government, amounting to N15 million in the 30 local governments. But after people made that purchase, the caretaker committee led by Hon. Sarafa Ishola allegedly acting on the instructions of the leadership from Abuja, arbitrarily decided that there would be no congress but harmonisation.

Though harmonisation is entirely strange to the PDP constitution, the legality or illegality of harmonising lists of state working committee members submitted by the majority and the overbearing minority that does not consider the strength of each group but done on equal basis is not not only unjust but also undemocratic. The other question agitating the minds of party loyalists is that when the caretaker committee knew there would be no congress, why were some people made to purchase forms while others did not? What rationality or sense is in the insistence on harmonisation when a majority of party members want democracy to take its course? And if at all there would be harmonisation, how can the leadership of the party insist on a 50-50 arrangement when over 80 per cent of the party is on one side and only a few people are on the other side? And finally, when will the caretaker committee and the Makarfi leadership return N15 million extorted from the party loyalists in the 30 local governments since it has decided not to organise a congress?

While the teeming masses of Osun PDP await answers to these questions from Makarfi and his committee, they have continued to be agitated that they might not get justice from a set of party leaders, who are hell-bent on handing over the party machinery to Omisore, even if that seems the obvious thing not to do. The warning, however, is that the path the PDP leadership is currently toeing in Osun will lead to no good. We all saw the result in 2014, when the party came a distant second in an election it should have won. With impunity and indiscretion currently on display in handling the situation in Osun PDP, we need no one to predict the outcome of future elections in the state. A word, as they say, is enough for the wise and it should be for Makarfi and his journey men, who have begun a voyage into impunity.

*Oluomo Oluwole Oludaisi Aina is a PDP chieftain in Osun and candidate of the party for Osun Central Senatorial District the 2015 general election.