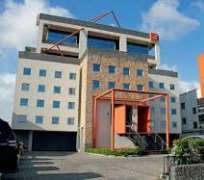 In the eyes of international rating agency, Moody's Investors Service (Moody's), Nigerian banks have declined in some key evaluation criteria.

And the result is a downgrade of its rating of many of Nigerian banks, including those which had enjoyed strong perception of the agency over the years.

It also downgraded to B3 from B2 the long-term foreign currency deposit ratings of Access, GTBank, UBA and Zenith, as well as those of Union Bank of Nigeria plc (Union), First Bank of Nigeria Limited (FBN) and Sterling Bank Plc (Sterling). Concurrently, Moody's downgraded the baseline credit assessments (BCAs) of Zenith and GTBank to b2 from b1.

The rating action follows Moody's downgrade of Nigeria's government bond ratings to B2, with a stable outlook, from B1, with stable outlook, on 7 November 2017 and reflects (1) the government's reduced capacity to provide support to Nigerian banks in times of stress and (2) the banks' significant holdings of government securities linking their credit profiles to that of the government. The decision to downgrade banks' long-term foreign currency deposit ratings follows the downgrade of the relevant country ceiling for foreign currency deposits to B3 from B2.

The primary driver of the rating action, according to the global rating agency, is the weaker capacity of the government to provide support to banks, in case of stress, as reflected in the downgrade of the sovereign issuer rating to B2 from B1. Subsequently, Access' and UBA's long-term local currency deposit ratings and Bank of Industry's long-term issuer ratings no longer benefit from a one-notch uplift from their b2 BCAs (or standalone credit profile, as is the case for Bank of Industry) as these are now at the same level as the government bond rating. The long-term local currency deposit ratings of Sterling, Union and FBN have been affirmed at B2, as their b3 BCAs continue benefiting from one notch of government support uplift.

The Nigerian Central Bank and the Ministry of Finance have since faulted the rating by the Moody's, saying that since Nigeria was last rated by Moody's (as B1 stable) in December 2016, Nigeria has successfully emerged from a protracted recession and recorded important improvements across a broad range of indices.

“While we respect the right of Moody's to make this decision, we strongly disagree with the premise and must address some of the conclusions upon which the decision rests,” the response stated.

The Federal Government pointed the attention of Moody's to Nigeria's return to economic growth of 0.55 per cent in Q2 2017, and returning business confidence, as evidenced by a PMI index of 55.0.