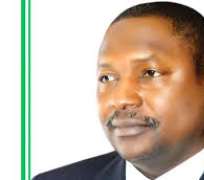 EXCEPT President Muhammadu Buhari intervenes, the Niger Delta region could be thrown into another crisis, following allegations that the cabals in the Presidency have collected $500 million bribe from the current Board of the Niger Delta Development Commission, NDDC, to elongate their tenure.

Among those who have allegedly received the largesse on behalf of the cabals include Abba Kyari, chief of staff to the president, and Abubakar Malami, SAN, attorney-general of the Federation and Minister of Justice.

A coalition of pressure groups under the aegis of Eastern Niger Delta Coalition, ENDC, in a petition to Buhari dated November 9, 2017 entitled: “Protest against the purported extension of the tenure of the present Chairman and Managing Director of NDDC) Board”, said the so-called extension was not only morally wrong, but also does not stand on any legal high ground.

The group therefore gave the present leadership of the NDDC board December 5, deadline within which it should be terminated, saying “a stitch in time saves nine.”

The petition which was signed by Alali Bokutengo; Miebaka Harrison

It reads: “Sir, may we use this medium to register our protest against the purported elongation of the tenure of Senator Victor Ndoma-Egbe (Chairman) and Obong Nsima Ekere (Managing Director) of the NDDC. To say the least, this attempt is criminal, offensive, satanic and an anathema to the peace and development in the Niger Delta region as well as the harmonious co-existence of all the ethnic nationalities spread across in the 9 (nine) oil producing states.

“The so-called extension is not only morally wrong, it does not also stand on any legal high ground. It is insinuated that the said elongation coup was originated through a legal memo by the AGF, Abubakar Malami (SAN). This whole exercise is offensive and contrary to the extant/explicit provisions of the relevant sections of the NDDC Act.

“Our finding reveal that the Chief of Staff, Abba Kyari and AGF, Abubakar Malami, have collected $500 million as bribe from the current board of the NDDC to elongate their tenure. We are therefore calling on President Muhammdu Buhari to intervene and do the right thing because millions of dollars have been exchanged between the Chief of Staff and some other persons in the Presidency to ensure that this current board’s tenure is extended thereby truncating the rotational arrangement according to Section 4 of the NDDC Act, which provided for the rotation of chairmanship of the board as between “member states”.

The coalition said it had seen a hurriedly released letter signed by the Permanent Secretary, in the Office of the Secretary to the Government of the Federation, Dayo Apata denying any tenure elongation for the present governing board, saying the denial was wrong.

The ENDC said, “Sir, please this fraud should not be allowed to stay a day longer because of the consequences it would bequeath on the region.

The peaceful co-existence among tribes and ethnic nationalities would be shaken to its foundation and rather replaced by mistrust and mutual suspicion- an invitation to breakdown of law and order.

“At this point may we humbly ask: Is this elongation plan a kudos to Senator Victor Ndoma Egba and Nsima Ekere for their effective implementation of the Niger Delta Regional Development Master plan? Is it on grounds of high prudent financial management? Is it on their competence or what?

“We actually thought Nsima Ekere should be explaining to the anti-corruption agencies how he renovated just the MD’s office at a whooping N400 million. Or how the present board spent over N65 million on emergency repairs without adherence to the Procurement Act.

“This present board of the NDDC is the most inept, corrupt, divisive, slow and uninspiring. No wonder the board is popularly referred to as “10% board”.

We posit therefore that the present leadership of the NDDC be terminated not later than the 15th day of December, 2017. A stitch in time saves nine.”