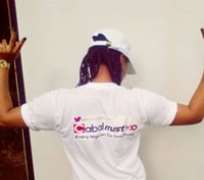 Of Nigeria's cabal, the worst that is still alive and active till today who I would say is the most responsible for the intractable woes of Nigeria is Olusegun Obasanjo. The headmaster of the cabal. In my view, Obasanjo singlehandedly destroyed Nigeria and he did so starting from his first time as Head of State, from 1976-79. I am not sure any nation could suffer greater evil. Here are some of Obasanjo's most destructive policies:

The below, anthem written by Lilian Jean Williams was in use from 1960 till Obasanjo changed it in 1978. It was an anthem that had meaning and value and promoted dignified and healthy growth for Nigeria's diverse groups. [Watch Anthem critique @CabalMustGo NY Meeting: https://youtu.be/fi_Tzew1ND4 ]

Our own dear native land,

Though tribe and tongue may differ,

In brotherhood we stand,

Nigerians all, and proud to serve

Our flag shall be a symbol

That truth and justice reign,

In peace or battle honour'd,

And this we count as gain,

To hand on to our children

A banner without stain.

O God of all creation,

Grant this our one request,

Help us to build a nation

Where no man is oppressed,

And so with peace and plenty

Nigeria may be blessed.

But a very sinister Obasanjo who lacked respect for women and mothers, and planned no promise for the youth, changed it to this anthem enshrining highlighted slavish service and obeisance, and with prayers for the leading cabal and disparage for the youth.

Obasanjo's Anthem in use Today (Emphasis mine):

To serve our fatherland

With love and strength and faith

The labour of our heroes past

Shall never be in vain

One nation bound in freedom

Direct our noble cause

Help our youth the truth to know

In love and honesty to grow

And live in just and true

To build a nation where peace

And justice shall reign

How about helping the leaders the truth to know?

As president of Nigeria in 2019, I promise to work on restoring or replacing the anthem.

"A federation of the existing states would probably perpetuate the highly centralized form of federalism that was created by the constitution of 1979 and restored by the current (1999) constitution" – Richard R. Sklar, Crafting the New Nigeria: Confronting the Challenges, 2004.

As Robert Clarke SAN put it when he recently invoked a military takeover for constitutional reversal, Obasanjo's replacement of the 1963 constitution and conversion of the Parliamentary system of government to the Presidential system, was the "root of corruption" in the government and national assembly.

The crooked cabal headmaster created the powerful almighty Abuja center which he knew that once he and his controlled, they would be able to control all wealth and promise of Nigeria and guarantee Nigeria's children received a "banner with stain"... or actually only the stain as the banner has been looted by Obasanjo and his coterie of helpless, chronically loot-dependent cabal.

Nigeria cannot advance until its regions are restored and power is devolved.

As President of Nigeria in 2019, I promise that my priority will be the discard of Obasanjo's illegal constitutions and the restoration of Nigeria's 1963 legitimate constitution or something better. Nigeria must discard Obasanjo's changes and return to a healthy Regional system as is operational in USA, Canada, UK, UAE, India, Malaysia, Brazil, etc.

As head of state, Obasanjo reduced the oil royalties and rents due to the state of origin from 50 to 30 percent. He also created the "Land use act," perhaps the most repugnant and contemptible piece of legislature in the world.

"An Act to Vest all Land compromised in the territory of each State (except land vested in the Federal government or its agencies) solely in the Governor of the State..."

The ungodly "Act" vests all land in the country in the State, thereby divesting the customary owners of their original title. With the act, oil companies stopped approaching families and communities to buy or rent their land, but now needed to go only to the cabal in power to seize the land. Such a wicked and revolting "Act" is not seen from the USA to the UAE.

Obasanjo's land use act turned Nigeria's government into broad day light robbers. It destroyed families across the nation by transferring and continuing to transfer their inheritance over to the cabal for their sugarcane plantations and oil exploration.

The trouble in the Niger Delta and pollution of the region, which is currently the most polluted estate in the entire world, was a result of no one but Olusegun Obasanjo by whose laws oil-blessed lands were seized from indigenes and given to callous cabal and their tailors, far and wide who cared only about exploiting them of their oil and did not care the least about the pollution to the indigenes.

As president of Nigeria in 2019, I promise to work on abrogating and expunging the land use act and to properly compensate its millions of victims.

The list of Obasanjo's atrocities and his devious acts that capitalized on the "divide and rule" principle by sowing intractable ethnic discord and caused the direct transfer of all hope, wealth and from the masses to the cabal while cementing their hold of the reins of power, is limitless.

As President of Nigeria in 2019, I promise that the first item on my list of priorities will be the arrest of Olusegun Obasanjo if he is still alive. We will prepare him for the International Criminal Court, ICC for the 1999 Odi massacre and his other crimes against humanity.