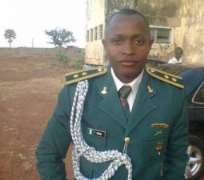 Another tragedy has struck the  Chibok community, Borno State, as  a staff sergeant in the Nigerian Army, Silas Ninyo, shot dead a captain, four civilians and himself during an altercation.

The community  came to international limelight after  about 300 school girls from Chibok Secondary School were kidnapped by Boko Haram militants in 2014.

The Punch citing SaharaReporters  reports that Ninyo killed the captain, identified only as Mani, and the four others when he (Ninyo) was allegedly ordered by Mani to stop beating some civilians at a checkpoint.

According to the report, Sahara Reporters, which got the army's situation report on the incident, indicates that the captain was providing security for worshippers during a church service when he received a distress call that Ninyo (93NA/36/2608) was beating up some civilians for some unknown reasons.

The later was said to have shot the captain dead before killing the four civilians.

He then shot himself in the head.
The corpses of the soldiers were reportedly taken to a military hospital in Yola, Adamawa State.

The newspaper further reported that a reliable source in Chibok on Sunday confirmed the incident, noting that the army was investigating it.

The source said, “I can confirm that the shooting took place. I know Silas (Ninyo) and Mani very well. They were very close in that formation. I don't know what would have caused the altercation. I am still trying to speak to their boss, a Major, to ascertain what really went wrong. The army is investigating the incident.”

The Director, Army Public Relations, Brig. Gen. Sani Usman, could not be reached for comment on the incident as of press time.

He also had yet to reply to a text message sent to his phone as of press time.