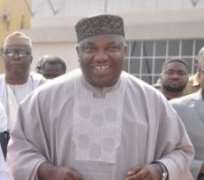 Enugu State Government says it developed six housing estates within one year and plans to launch website where people can get more information about housing developments in the state.

The General Manager of Enugu State Housing Development Corporation (ESHDC) Mr Chukwuemelie Agu, disclosed this in an interview with the News Agency of Nigeria (NAN) in Enugu on Sunday.

He pointed out that the developments of the estates were to cater for the growing population in the state.

He said “in one year and few months in office, my team with tremendous support from Gov. Ifeanyi Ugwuanyi, has been able to achieve a lot in estates development in Enugu State.”

Agu said there were four upcoming estates for development from different communities outside Enugu metropolis to spread development and residence within the state.

“We want to develop some of these satellite estates to be able to decongest the state capital, Enugu.

“There are more people in Enugu metropolis because many are coming back to the state due to one reason or the other.”

On the corporation's new website, the general manager said it was aimed at providing detailed information about houses and all housing developments in the state.

He said people could check the website for information without necessarily coming to the corporation's office.

He applauded Gov. Ugwuanyi “for his fatherly support to the corporation to cater for the welfare of Enugu residents.” (NAN)