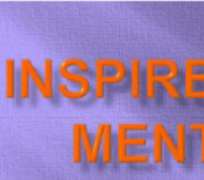 A woman brought her sick child into my clinic this morning and after a few questions and examination, I decided it was best to admit the child. She however pleaded that she had come from a far distance and admitting the child was gonna be very inconveniencing. I, on the other hand encouraged her to prioritise her child's health over everything and accept the admission as it was in the best interest of her obviously ill-looking son.

As I explained the severity of the child's condition, she interrupted me.

"Who is your mortician. Please, I want to see him".

I was surprised. Why in the world would a woman with a very sick child, sitting before a lifesaving doctor, ask to see the person whose job is to prepare dead people to be buried?

"Do you know 'last doctor' ?", I asked using the more popular name our mortician was known with.

"Well, I don't know him but he will be my brother", she replied.

What the **** did that mean?...that she didn't know the mortician but that "he will be" her brother? Earlier, I was surprised but now I was surprised and confused at the same time.

I think she noticed my bewilderment, so she explained saying a vast majority of morticians in Benue State were from her village so there was a high chance of ours being her brother. And in her habit of interrupting me, just as I opened my mouth to ask how it was so, she continued, "There was a certain man from my village, somewhere around 9th mile in Enugu state, who went abroad and after many years of working as a mortician, returned to train a handful of our young men in his trade."

She explained further that those trained, over the years, also trained others and so on and so forth, resulting in a mentorship cascade that has produced thousands of morticians across the country.

By this time, 'last doctor' was already here, I had sent for him earlier. After a few questions back and forth in their local dialect, boooom!... this madam and our mortician were like they had known each other for years. A woman who looked so uncomfortable and stranded a moment earlier, suddenly felt at home.

As I sat there in admiration while putting finishing touches to the child's admission notes, they both bragged that their village produced the best morticians in Nigeria and that their kinsmen were highly sought after across the country because of the unique quality of their craft. They were full of praise for that one man who started it all; the man who though long dead, left a legacy which may not be the fanciest of jobs but has changed the economic fortunes of his people forever.

I've always been impressed with the entrepreneurship mentorship model amongst the Igbos but today's instance completely blew my mind away. I was deeply intrigued and challenged, first for myself. What legacy am I leaving behind? What mentorship trail do I portray? Who are my successors? I may be financially independent but how many other people are also financially independent on my account?

That man may not have had the biggest buildings in the village but he changed the lives of his people. He didn't wait until he was elected the senator representing Enugu-east senatorial district before he impacted on the lives of his people. He wasn't ashamed of what he was doing, as long as it was legitimate, he made effort to pass it on. I'm sure if he had training in any other profession, he would ensure the emergence of other young professionals in that field from his community.

Perhaps it also took some willingness and humility on the part of the youths of that community to embrace and learn such a trade that is not so flamboyant. This also is a challenge for our youth to dig deep and work hard through patience, learning from the elderly and more experienced folks the basic rudiments of success.

Secondly, I felt challenged for my ethnicity, TIV, a people whose youths are badly in need of mentorship. I wish we also had a sustainable economic mentorship conveyor-belt for producing self-reliant youth in our private sector. I wish we could structure and develop agriculture which is our obvious standout activity, to levels that will make us renowned globally or even nationwide in the nearest future. Lastly, I pray that God will raise that one man from amongst us who will change the fortunes of our youth forever.

Usha Anenga is a Medical Doctor and sociopolitical commentator. He writes from Makurdi via uanenga at yahoo dot com.