Re-Corruption in the Army Exposed; Dr. Idris Ahmed and the manifestation of Individual Terrorism.-----Oladimeji Odeyemi 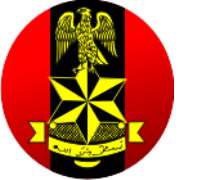 Whenever the search for false intellectuals and characters, who are veterans in the business of opportunism, propaganda and cheap blackmail arises, one name is always resounding, and never found missing on the list, He is, Dr. Idris Ahmed, a self acclaimed leader of the relatively unknown group, called Citizens United for Peace and Stability (CUPS).

Known for his notoriety, in raising false alarms and accusations, his latest diatribe, and continued spread of falsehood, titled "Corruption in the Army" and subsequently decorated with a fictional narrative, of an imaginary Soldier, serving under the Special Military Task Force, code named "Operation Lafiya Dole" in the North East, is a reminder of how some unpatriotic elements, within the country, have continued to pretentiously, paraded themselves as intellectual, to give subtle support, to remnants of the Boko Haram insurgents and other separatist organizations, in the country.

In the latest campaign of calumny, being propagated by Idris Ahmed, he failed as usual, to provide any real evidence based on solid foundations for the accusations, regarding alleged corruption, and issues of the welfare of men of the Nigerian Army, other than the faceless 'unknown soldier'.

For those who have keenly followed the personality that Idris Ahmed represents, and his continuous outbursts against the military, particularly the Nigerian Army, there is no doubt that he has merely been expressing his frustration based on his dissatisfaction, towards the decapitation of the dreaded Boko Haram, which He and some other false intellectuals, have given tacit support, over years. So, any personality that is involved in that heist that has led to the loss of many of our citizens and soldiers, will never have reason to believe in any success as may ever be achieved by the Nigerian Army.

No doubt also, that with the professionalism that General Buratai has instilled in the Army, under the current leadership, one should not look far, before understanding the psychology of the remnants of Boko Haram, and members of their intellectual wing.

Is it not callous, for Idris Ahmed and his ilks, to keep spreading this falsehood, beyond reasoning, at a time that Nigerians have ignored their several biases, to rally behind the men and officers of the Nigerian Army, as It is presently confronted with the difficult task, of totally defeating the left overs, of Boko Haram and other criminal gangs, operating across the country?

Sadly, despite the numerous achievements of the Army, in ensuring that terrorism is totally defeated, and peace returning to troubled parts of the country, the leadership of the Nigerian Army, are being blackmailed and ridiculed in the public by a group of false intellectuals, who are determined, never to see anything good in the Nigerian Army and it's leadership. They have continued to thrive on falsehood, and create rumor that are mainly aimed at tarnishing the image of the Army, and by extension, our nation, which they've falsely continued to claim they love.

The latest junk, being circulated by Idris Ahmed and his gang of blackmailers, is just one of their numerous publications, which they have continued to churn out, mostly through the social media, against the Nigerian Army and its leadership, with allegations of corruption, inadequate welfare for men on duty, and other unsubstantiated accusations.

Contrary to claims by these elements, the Nigerian Army, under its incumbent leadership, is far different from what used to be obtainable, in the country's military circle. The army has since the assumption of office, of General Tukur Yusuf Buratai, worked diligently towards the actualization of its mandate, keeping faith with the core anti-corruption principles of the administration of President Muhammadu Buhari and has in an unprecedented manner, repositioned the force, in a way that exemplifies professionalism, Prudence, Integrity and dedication to discipline, among its men and officers. The welfare of men and officers of the army, without exception to their families, have remained a Cardinal objective, of the Nigerian Army under the current leadership, just as the administration of President Muhammadu Buhari, keeps showing unprecedented commitment, towards adequate funding, for the prosecution of the war against terrorism in Nigeria, particularly in the North East.

The leadership of the army has continued to demonstrate it's resolve, to have an Army that would be the pride of the Nation, as a prudent and professionally responsive Nigerian Army in the discharge of its constitutional responsibilities.

As it is today, we have a duty to history, by ensuring that as Nigerians, we wholeheartedly support the Nigerian Army in the war, towards completely eradicating the remnants of the Boko Haram, and other criminal gangs, still operating through isolated approaches in our country.

To Dr. Idris Ahmed, and other sympathizers of the insurgent groups, within the country, they should be reminded that we have friends and relatives, among men and officers of the Army, and as such can tell Nigerians, the factual situation, when it comes to the welfare and remuneration of men of our military. At no time, have they had it better.

We shall not allow people using imaginary fame, and unrestricted access to the social media, to continually insult our sensibilities, under some vague patriotic concern, while in the true sense, promoting actions, that are not only unpatriotic, but also inimical to Peace and Stability, in our country.

Comrade Odeyemi Oladimeji is the President, National Committee of Yoruba Youth and Convener, Coalition of Civil Society Against Terrorism in Nigeria.

He sent in the piece from Ibadan, Oyo State.