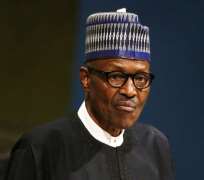 The Niger Delta Youth Coalition (NDYC) has berated the Oil and Gas Free Zones Authority (OGFZA), Nigerian Ports Authority (NPA) and the Federal Inland Revenue Service (FIRS) for their incessant attacks against Intels Nigeria Limited, saying that such attacks were uncalled for, and are inimical to the country’s economic aspirations.

In a press release circulated to journalists on Tuesday, the National Coordinator of NDYC, Chizi Amadike, said it was “unfortunate that these government agencies have become willing tools of political persecution against perceived opponents of the present administration”.

Amadike urged President Muhamadu Buhari to call the agencies, and all other agencies of government to order and put an end to “the siege mentality against Intels”.

“First it was NPA, then FIRS and then OGFZA. Which agency will descend next on Intels? Government agencies should not dabble into politics. They should stop attacking Intels. If they have any issues with the company, such issues can be resolved amicably rather than the media trials they are doing at present.

“If you observe keenly, you’ll see a common trend in the campaign of calumny against the company. They write letter to the company alleging all manners of offence and then immediately release it to the media.

“This plot to paint the company black is not good for our economy. It is not good for the employees of Intels and it is capable of jeopardizing government’s foreign direct investment drive.

“The federal government and its agencies should be interested in creating enabling environment for businesses to thrive and create jobs. We need as many companies as possible to create jobs in the country, but with the present coordinated attacks on Intels, these agencies are telling the international community that it is not safe to invest in Nigeria,” he said.

While arguing that political risks remain one of the major reasons why foreign investors shun Nigeria, Amadike asked the federal government to reverse the trend.

According to him, “The International Monetary Fund (IMF) recently identified political risk as a major factor hindering Nigeria’s economic growth. The present government must put an end to this. We the youth suffer joblessness when investors stay away from the country.”

The NDYC Coordinator also reiterated call for immediate repair of the damaged section of the East-West road leading to Onne.

“The condition of this road has led to the suffering of many in the area. This is a part of the country where the government reap in billions of naira daily yet it does not find it necessary to repair.

“We appeal to the Minister of Power, Works and Housing, Babatunde Fashola to visit this road with a view to ensuring that urgent repair works begin in earnest,” he added.