Enugu govt approves N250 for relocation of college of education 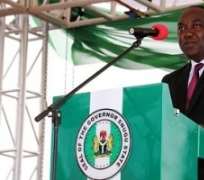 The Enugu State Government has approved the release of N250 million for the relocation of College of Education (Technical), Enugu, to Ihe in Awgu Local Government Area of the state.

The state government also reiterated its desire to upgrade the college to a full-fledged University of Education.

Gov. Ifeanyi Ugwuanyi made the disclosure in a statement signed by the Commissioner for Information, Mr Ogbuagu Anikwe, in Enugu on Tuesday.

The governor, who announced the approval of the fund when he met with stakeholders from the area, said that it would serve as initial take-off grant for the relocation

Ugwuanyi said that the move to upgrade the school was to fully serve the training needs of teachers in the state and beyond.

The proposed permanent site is on the old 17-hectare Teacher Training College, Ihe, and an adjoining 110 hectares of land voluntarily donated by the host community.

He added that relocation was meant to develop the area which was regarded as one of the most backward and neglected in the state.

He said that it was in the interest of the state government to reverse the infrastructure neglect which had continued to hinder the growth of the area.

“I am confident that in a couple of months, the economy of Awgu will pick up when social services and infrastructure that were hitherto lacking are fully in place,” he said.

Earlier, the Deputy Senate President, Chief Ike Ekweremadu, said that he would continue to explore the possibility of extending Federal Government's presence in the area.

Ekweremadu said that efforts were on for the rehabilitation of the Agbogugu-Ihe-Owelli-Ogugu road to create an access road to the new school.

Mr Toby Okechukwu, representing the area at the Federal House of Representatives, said that he had facilitated the cartographic survey of the proposed institution.

Okechukwu, a member of the House Committee on Works, said he did this through the offices of the Surveyor-General of the Federation and its counterpart in Enugu State.

The News Agency of Nigeria (NAN) reports that the current administration had earlier resuscitated the School of Nursing and Midwifery, Awgu. (NAN)