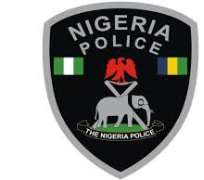 A renowned monarch in Osun State, Oba Sulaimon Oloyede of Igbokiti land has been arraigned before a magistrate sitting in Osogbo, the state capital, for allegedly damaging economic trees.

The 60 years old monarch, who appeared in court in his royal attire faced a four count charge bothering on wit to commit felony, threatening of life with violence, malicious damage and making false statement to public officers.

The monarch was said to have willfully and unlawfully damaged economical trees such as Thick trees, Cashew trees and honey trees, which are valued N5, 300, 000 properties belonging to one Tajudeen Adelabu.

Prosecutor Lamidi Rasaq said the accused also made a false statement at the Nigeria Police Zone XI Headquarters Osogbo, on the 9th of June, 2017.

The king however, with confident and loud voice pleaded not guilty to all the count charges against him.

The counsel to the monarch, Barrister Akintajuwa, pleaded for the bail of the accused in the most liberal terms.

Magistrate Olatundun Oloyade in her ruling, granted the monarch bail of N5, 000,000 with two sureties in the like sum and adjourned the case till 7th of December, 2017.