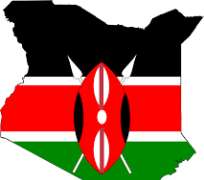 The legitimacy and integrity of a government derives from the legitimacy of the election that produced it. Whether or not an election is legitimate depends on some critical elements and adjectives such as fair, free, credible and transparent. To confirm the acceptable balance of all these qualities in an objective manner is the onerous tasks of the electoral umpire. In Nigeria that body is Independent National Electoral Commission (INEC).

Most of the political problems in Nigeria since independence have been attributed to leadership. And many African countries like Kenya share similar experiences. Political leadership invariably emerges from electoral system in place. The corrupt electoral system got a serious blow when the late President Musa Ya’Adua vowed to reform the system through technology and his successor almost perfected the vow and sacrificed his personal ambition to ensure the success of the reforms in 2015.

To further deepen the momentum commentators consider INEC’s new security device as an enhancement to election transparency. The Chairman Prof. Mahmud Yakubu was quoted that : “The changes that made 2015 election a success was IT, beginning with voter registration, collation and transmission of results.” Perhaps INEC’s success in managing 2015 election qualified it to tutor other African countries like Kenya as it did to Benenois electoral commission that had their elections in February 2016.

The need for tutoring other African countries the realities of transparent electoral success is pertinent because electoral malpractices and flawed processes have been responsible for woes, political crises, instability, loss of lives and properties; and led to wars in Congo, Sudan, CAR, Cote d’Ivorie etc.

Today Kenya is the country in focus which illustrates all odds and vices associated with electoral malpractices even though it is not alone; it has become global but here we have seen extreme cases which many advanced countries have outgrown. These discrepancies led Chief Justice David Maraga of Kenya Supreme Court to declare the August 2017 presidential election won by sitting President Uhuru Kenyatta null and void. The judgment necessitated the second election that is now showing indications of not complying with the laws. The chairman of Independent Electoral and Boundaries Commission (IEBC) doubted the credibility of the second election. To corroborate that was the resignation of Roselyn Akombe a senior member of IEBC, alleging lack of transparency and credibility.

Similar circumstances befell the 2007 general election which resulted in social-political upheaval. The situation defied solution until the former Secretary-General of the United Nations, Dr Kofi Annan mediated and the award led to the passage of National Accord and Reconciliation Act 2008. This instrument created the office of Prime Minister with Raila Odinga occupying the post for the first time since 1964.

Another instrument aimed at bringing lasting political solution in Kenya was introduced in 2010. Kenyan Trans-formative Constitution 2010 provide for two-round system: The first round is first-past-the-poll or ordinary majority. The second round ensures that a successful candidate gathers at least 50% of total votes, and 25% in at least 24 counties of the 47 national counties. This new constitution was first put to test in 2013 election with Uhuru Kenyatta of Jubilee Party defeating Raila Odinga of Orange Democratic Movement.

Besides the 2010 constitution created the office of the Judiciary Ombudsperson. There is also in existence a civil society organization called Court Users Committee found at the grassroots of the country increasing political awareness of citizens. A conglomeration of them form what is known as National Council for the Administration of Justice (NCAJ).

There is also the provision by s.5(2) b which requires the Chief Justice to prepare and present the state of the judiciary annually called ‘Judiciary and Administration of Justice Report’ (SOJAR) which may include this year’s radical and controversial judgment, to the public, senate and National Assembly for debate and approval and thereafter have the report gazetted. Until then it may well be that Kenyan democracy is in retreat.