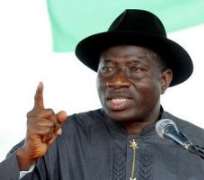 Former President Goodluck Jonathan has said that the fact that efforts were being made to link him to the return and reinstatement of Abdulrasheed Maina underscored how “uncoordinated and rudderless” the Muhammadu Buhari administration had become.

Jonathan wondered why the Federal Government was refusing to take responsibility for its failures and asked whether he was the one who flew Maina back to the country and offered him double promotion in the civil service.

He urged the administration to stop insulting Nigerians.

The Presidency had accused the Peoples Democratic Party (PDP) and remnants of the immediate past Jonathan administration of masterminding the pension fraud saga.

In a statement released on Wednesday, Mallam Shehu Garba, President's Senior Special Assistant on Media and Publicity, described Maina as one of the monsters created by the former PDP government.