PPPRA, PEF, NTA, may be scrapped as Senate revisits Oronsaye report on agencies 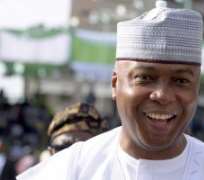 Senate is to dust-up Mr. Stephen Oronsaye's report of Presidential committee on Rationalisation and Restructuring of Federal Government parastatals, commissions and agencies.

The former Head of Service, Mr. Steven Oronsaye, was the Chairman of the committee who submitted the report before the emergence of the present administration.

The report recommended the scrapping of moribund departments and agencies and merger of others.

Deputy Senate President, Ike Ekweremadu, said other agencies and departments with conflicting responsibilities will be merged.

Ekweremadu said this when the upper legislative chamber considered an interim report of its Ad hoc Committee on Alleged Mis-use, Under Remittance and other Fraudulent Activities.

Oronsaye's committee had recommended scrapping of 102 statutory agencies from the current 263, abolition of 38 agencies, merger of 52 and reversion of 14 to departments in the ministries.

The 800-page report also recommended the discontinuation of government funding of professional bodies and councils.

The committee was set up by former President Goodluck Jonathan, but did not submit the outcome of the exercise to the National Assembly for further consideration before he left office in 2015.