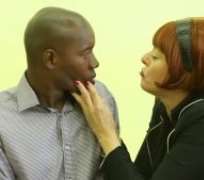 Target of the officials' ire is the portal RichMeetBeautiful that in its own words promises to set up contacts between “successful men and women” and “sugar babies.”

One large poster near Paris University says: “Hey students! Romantic, passionate and no student loan,” and “Date a sugar daddy or a sugar mama.”

Higher Education Minister Frederique Vidal, in remarks to the radio broadcaster FranceInfo, called such advertising an “incitement to prostitution for students.

“I am going to do everything to put a stop to this as quickly as possible.”

Paris City Hall is also incensed.
In a tweet it said: “We strongly condemn these shameful advertisements. We are working along with the police authority to get them off our streets.”

Marlene Schiappa, minister of state for equal opportunities, told the broadcaster Sud Radio that the case of the ads was now being studied to see if any laws have been broken.

The dating portal company, in response to queries, said it would make an official statement about the allegations later Thursday.

According to a press statement, the same campaign was launched at the outset of the week in the German capital, Berlin, where advertisements on wheels were being “driven around all the major educational institutes.”(dpa/NAN)