…You can’t shake me, Eze Ilomuanya tells Okorocha …As Appeal Court throws away Governors’ motion again
By The Nigerian Voice 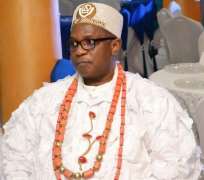 Obi of Obinugwu and Chairman, South East Council of Traditional Rulers, HRM Eze (Dr.) Cletus Ilomuanya, has advised Governor Rochas Okorocha to stop further aggression against him and the people of Obinuwgu kingdom, stating that no matter how the governor might scheme to thwart the will of Obinugwu people, it will always fail because his ascension to the throne of Obinugwu kingdom is divine.

Reacting to the Court of Appeal ruling of Monday which dealt another devastating blow on Okorocha’s attempt to stop an earlier judgment of an Owerri High Court, which amongst other things, set aside the purported dethronement of Eze Ilomuanya by the Governor, barred him and his agents or servants from interfering in Eze Ilomuanya’s exercise of his rights as the traditional ruler of Obinugwu, and also ordered them to pay the monarch N2.05 million as damages for the embarrassment caused him, Eze Ilomuanya restated that his 13th legal victory against the governor since 2011 was an act of God.

He said that though he has forgiven the governor for all the unwarranted attacks on him and the Obinugwu people “the governor should know that no matter how flies might hover over a mould of fufu, they cannot move it. I thought he should have learnt some lessons and stop fighting the will of Obinugwu people by now, but unfortunately, he is still adamant on continuing the fruitless and unnecessary fight. He can’t shake my belief in God Almighty”.

Last week, an Owerri High Court presided by Justice Chukwuemeka Chikeka, had rejected a similar application from the Governor seeking a stay of execution of its judgment of April 26, 2017. The Court noted that it lacked jurisdiction to do so as it has become functus officio with regards to the case.

Not pleased and determined to humiliate Eze Ilomuanya, Okorocha headed for the Court of Appeal with the same application. But the Appellate Court dissatisfied with governor’s application, threw it away unanimously. The justices told Okorocha’s Counsel, Chief Eddy Onyema that the appellate Court had no room for the Governor’s request and ordered him to bring an appeal if he feels strongly against the lower Court’s judgment. This is an option Okorocha is very uncomfortable with, it was gathered.

However, a mild drama played out in the Court premises, as the victory troupe allegedly recruited by the Imo State Government in anticipation of a favourable ruling, went home dejected and wondered what went wrong again. As soon as news of the Appellate Court’s devastating blow on the Governor’s application was made known to them, they hurriedly packed back their talking drums and trumpets which they came with to begin their celebration, into the bus which conveyed them to the Court, to the amazement of on lookers.