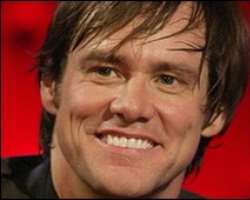 Jim Carrey's film has been delayed several times in the US

The US release of Jim Carrey and Ewan McGregor's latest movie I Love You Phillip Morris has been postponed by a court, according to reports.

Trade newspaper The Hollywood Reporter said the film is likely to be in cinemas in October, instead of July.

California District Court Judge Dale Fischer has delayed the release because of a row between producers and distributors.

Sundance festival
Carrey plays Steven Russell, a married man who realises he is actually gay and goes on a crime spree which lands him in prison.

Once the movie was was screened at the Sundance Film Festival last year, Consolidated bought the rights to distribute it in the US.

However, EuropaCorp said it never received the agreed advance that it claimed Consolidated said it would pay last year.

Despite an apparent agreement, which allowed Consolidated to pay the money in three separate instalments, EuropaCorp said it is yet to receive any cash.

Consolidated argued that EuropaCorp had not delivered the film on time and had breached its agreement by entering into distribution agreements.

Consolidated's lawyer Robert Chapman said: “This was only a preliminary ruling pending a final determination by the arbitrator. We believe the arbitrator will find in favour of my clients.

Lawyer Dale Kinsella, who is representing EuropaCorp, said: “No amount of spin from Consolidated can mask the fact that Europa persuaded a federal district judge that Consolidated breached the contract by never having paid a dime for this picture, and that they had therefore no right to claim to be a distributor or claim to distribute the film, period.

“Nothing in the judge's order in any way effects Europa's right to distribute the film from this point forward.”