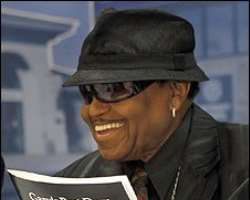 Work on a museum dedicated to Michael Jackson's legacy in his hometown could begin next year, officials have said.

The singer's father Joe has endorsed plans. He said: “This is something that my family and Michael have always wanted. We're bringing something back.”

Jackson last visited the town in 2003 to talk about the plan, but no work began before his death last year.

“This project will be the magnet that will draw people from all over the world,” he said.

It was announced on Wednesday that the town will donate 300 acres of land to the project, which is expected to kickstart progress towards the facility.

Money for the building work will be derived from donations and private investors, Mr Clay added.

Some residents of the town are sceptical that the project will ever get off the ground.

Seretha Harvey, 24, told the Associated Press she was “worried” that it would never be completed, adding the town has been deteriorating in recent years.

But she went on to say that she remained “optimistic” about the project coming to fruition.