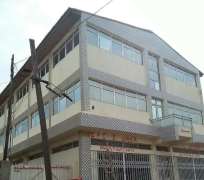 The All Progressives Congress (APC) says reinstatement of Abdulrasheed Maina, former Chairman of the Presidential Task Force on Pension Reforms, into the Federal Civil Service was an embarrassment to the Federal Government.

National Publicity Secretary of the party, Mallam Bolaji Abdullahi, stated this while speaking with newsmen on Tuesday in Abuja.

He said that the development was unacceptable and also embarrassing to the party.

Maina was said to have been dismissed from the Federal Civil Service for abandoning his duty post and evading arrest for his involvement in the looting of pension funds to the tune of N100 billion.

“We are all shocked like any other person. It is almost unbelievable that such a thing can happen.

“However, we are all delighted that President Muhammadu Buhari has taken very decisive punitive action against those that are involved.

“We are also delighted that he has ordered a full-scale investigation into the circumstances that led to this individual to be reinstated into the public office,’’ he said.

Abudullahi said that the APC believed that those that were part or found to be part of the development would face appropriate consequences.

He, however, debunked insinuations that the president was shielding the suspended Secretary to Government of the Federation, Mr Babachir Lawal and the Director-General, National Intelligence Agency, Mr Ayo Oke, over corruption investigation.

The APC spokesman expressed confidence that the president would do what was necessary and right under the situations in the best interest of the nation.

“Action will definitely be taken on them. I think we should just be kind and wait for the president to take action on that before we come to the conclusion that he has not acted,’’ he said.

Meanwhile, the Senate has commenced investigation of the circumstances surrounding the return of embattled ex-Chairman of the Presidential Task Force on Pension Reforms, Abdulrasheed Maina, and his reinstatement into the civil service of the Federal Government.

The lawmakers at the plenary on Tuesday took turns to condemn those in the administration of President Muhammadu Buhari, who they said were rubbishing the anti-corruption campaign of the government.

They asked why someone who absconded from service as assistant director could be discreetly reinstated as director.

They therefore set up an ad hoc committee to investigate the matter.

Maina, who has been accused of complicity in a N2bn fraud, has gone into hiding.

The fugitive, who is still on the wanted list of the Economic and Financial Crimes Commission for the alleged offence, went into hiding soon after news that the anti-graft agency had launched a manhunt for him became public.

Also, the EFCC on Tuesday sealed some properties belonging to the ex-chairman of the Presidential Task Force on Pension Reforms, Mr. Abdulrasheed Maina, in Kaduna State.

The agency sealed two companies on Monday while four other properties were sealed as of the time of filing this report, according to the EFCC’s Kaduna Zonal Office spokesman, Ibrahim Kamiludeen.

Kamiludeen told newsmen on the telephone that the properties include a two storey shopping plaza located on 2C Ibrahim Taiwo road, and a one storey duplex at Katuru road all in the state capital.

All the properties acquired by Maina were being identified by the anti-graft agency for possible forfeiture to the federal government.