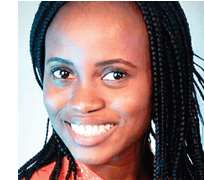 The Special Adviser to the President on Political Matters, Sen. Babafemi Ojudu, has congratulated two indigenes of Ekiti State, Dr. Aarinola Olaiya and Dr. Babatunde Falaye, for making it possible for the State to again hug global spotlight for the right reasons. Both recently claimed international academic honours in Nigeria and Mexico respectively. Ojudu spoke in a statement made available to Irohinoodua today.

With a total of 12 distinctions, Aarinola Olaiya re-wrote the 28-year academic records in the Faculty of Medical Sciences of the Obafemi Awolowo University, Ile Ife especially with distinctions made in precision-based Surgery as well as Medicine in the final MBChB examinations.

On his part, Babatunde Falaye, a Physics lecturer at the Federal University Lafia in Nasarawa State, took home the award of best PhD thesis – Entanglement and its Applications in Quantum Information – in a programme he completed in two years instead of four at the Instituto Politecnico Nacional (IPN), Mexico. He also published the highest number of articles on quantum and mathematical physics within this time and graduated with an average score of hundred percent.

Ojudu, himself a proud son of Ekiti State and an alumnus of the Obafemi Awolowo University (OAU), expressed delight at the achievements of his young compatriots.

“News of your excellent academic performance at local and foreign universities was heart-warming,” he said, adding, “This has demonstrated that Ekiti State has great potential to achieve local and international recognition, if available human and material resources in the State are properly harnessed.”

He explained that the achievements were even more gratifying against the backdrop of notoriety for which Ekiti State has become noted in its recent history.

Said Ojudu: “For many years, Ekiti State was the widely-acknowledged Fountain of Knowledge in Nigeria and land of honour, having produced renowned scholars as the late Prof. Samuel Aluko, a globally respected professor of Economics; the late Prof. J.F Ade Ajayi, a historian of repute; neurosurgeon Prof Osuntokun, Prof Banji Akintoye and several others.

“Although the pride in our glorious past may have been diminished by the gradual decline in the performance of our youth, I am confident that with brilliant minds like Olaiya and Falaye, we have a growing rank of achievers who could be held out as role models to the youth of Ekiti,” Ojudu said.

He said the future is bright for Ekiti and that change would come sooner than later to effectively rid young people of the mindset of under-achievers who, at best, are only fit to be street cheer leaders of politicians in search of popularity.

“I heartily congratulate Olaiya and Falaye for making Ekiti State and Nigeria proud with your enviable academic achievements; I urge you not to rest on your oars for your best is yet to come,” Ojudu said, stressing, “Winning the Nobel Prizes in Medicine and Physics would be crowning glory for the hard work you have put into building your careers.”