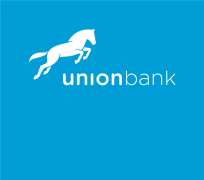 May I crave the indulgence of all readers to say a word or two on clean diligence operation of the Operations Manager of Union Bank, Yola.

In banking sector, it is expected for a banker to respect and accord customers with the desired dignity. Infact, on being employed the training to accord customers is the first to be organised for new employees. Therefore, it is imperative to stress the fact, that the Union Bank in Yola, is lucky to have its Operation Manager Malam Sani Illiyasu, who despite his position, stoop so low to see, that the customers of the bank are given due respect by the staff.

Due to his approach of courteous and polite to the customers, a lot of people are now transferring their accounts from other banks to the Union Bank. There is a robust relationship between the teeming customers with the bank due mainly to his efforts in strictly adhering to the rules and regulation of the bank.

Due to the dexterity of the manager, there is absolute cordial relationship with the bank and the public more especially its customers, that has been banking with the bank for quite a number of years without any kind of blemish.

Infact, a lot of customers are still with the Union Bank, Yola main because of the efforts of the Operation Manager, who is always on his feet finding solutions to the customers plight and problems.

He always maintain an open door policy for all customers to confront him with their and forge a common ground in solving their problems.

Sani Illiyasu is an embodiment selfless service especially within the context of banking sector. It is imperative to stress the point that the likes of Sani Illiyasu are hard to come by in the new generation bank staff. The Union Bank should be commended for polishing the gem, which has spent more than twenty years in the bank through in house training on the rudiments of bank.

It is also appropriate to let the bank know, that they need to resort to the old system in building their staffs that join the bank at a relatively low level, but build their career in the bank through refresher courses in the art of banking. The system has taken the Union Bank to enviable position as a bank to rely on.

The system also give the bank the good name as well as prosper it to greater heights in this country. Today, Union Bank ranked as the topmost bank in Nigeria due to the likes of Sani Illiyasu.

More grease to the elbow of the dynamic banker.