Favoritism, Cronyism And Nepotism In Niger State: Kontagora In Focus 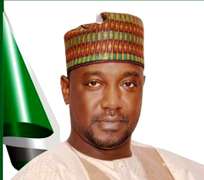 to write this article.

Ministry of Works particularly Engineering department that "Some civil

servants mostly of the Engineering section in the State Ministry of

nothing is done about it simply because they are from Kontagora

Emirates while eating the future of their own children's. The rightful

and competent people that are expected to legally occupy the positions

hail from other regions of the state."

Basically favoritism is just what it sounds like; it's favoring a

of some extraneous feature-membership in a favored group, personal

likes and dislikes, etc. Favoritism can be demonstrated in hiring,

honoring, or awarding contracts. A related idea is patronage, giving

has the power of appointment.

Favoritism has always been a complaint in government service.

Cronyism is a more specific form of favoritism, referring to

partiality towards friends and associates. As the old saying goes,

"It's not what you know but who you know," or, as blogger Danny

Ferguson put it, "It's not what you don't know; it's who your college

roommate knows." Cronyism occurs within a network of insiders-the

"good boys," who confer favors on one another.

Nepotism is an even narrower form of favoritism. Coming from the

Italian word for nephew, it covers favoritism to members of the

family. Both nepotism and cronyism are often at work when

Probably the biggest dilemma presented by

favoritism is that, under various other names, few people see it as a

networking, family-almost everyone has drawn on these sources of

support in job hunting in the public sphere.

The first issue is competence. For cabinet level positions, an

executive will probably be drawn to experienced, qualified candidates,

but historically, the lower down the ladder, the more likely for

Reasonable people will differ about the appointment of friends and

family in high-level positions, but public officials should be aware

that such choices can give the appearance of

And lastly, public officials should also note that dilemmas

involving favoritism extend beyond hiring and

contracting practices to the more general

girlfriends and members of the same families, all are likely to exert

greater influence over an official than a stranger might. State

members or legislators must make special efforts to ensure that they

find a lasting solution to this menace of favoritism, cronyism and

governor and people they know.

Furthermore, many conscientious lawmakers have discovered that they

must change their patterns of socializing when their work involves

many decisions affecting friends and associates. At the least, they

may choose to recuse themselves from votes where social relationships