Fulani Herdsmen: As We Await Their Proscription 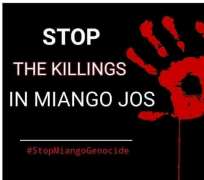 The challenges of insecurity in Nigeria and Plateau State in particular have continued to occupy and engage citizens not only because of the complex nature of the conflicts, but also of the competing interests that tend to make representations on the causes, dynamics and actors of the conflict intricate. To be sure, these contending interests again seem to accelerate the race to the bottom in finding solution to these crises which unfortunately is also against intervention initiatives to proffering elucidations on the methods to be adopted in the resolution of these crises.

The search for a lasting solution to this multifaceted, barbaric and dastardly act has in the past ranged from panels or commissions of inquiries to distribution of relief materials, appointments and elections to declaration of state of emergency and curf

On assumption of office, the Executive Governor of Plateau State Rt. Hon. Simon Bako Lalong appreciated the complexity the issue of these unending crises which was gradually taking its toll not just in Plateau state but also in other States of the Middle Belt like Benue, Taraba, Kogi, Nasarawa, with further deterioration to states like Edo, Delta, Ekiti, etc. Governor Simon Lalong whose campaign promise among which was to vigorously seek for a lasting peace on the Plateau knew that hitherto existing interventions do not seek to analyze the causes of the conflicts or the various contending explanations given by the many stakeholders represented in the conflicts, knowing that he owes Plateau indigenes and residence the duty to secure their lives and properties as enshrined in the Nigerian Constitution that indeed the primary consideration for any government is the provision of security. This is because section 14 (2) (a) of the 1999 Constitution of the Federal Republic of Nigeria provides that: The security and welfare of the people shall be a primary purpose of government.

This mandate the executive governor has pursued with diligence until the resurfacing of the madness by marauders called Fulani Herdsmen. Indeed the recent attack in some villages within Baki-Ladi and Bassa Local Government Areas of Plateau has left astringent experience not just within the affected communities but within Plateau state and Nigeria at large, the Big question remains where is their next target. Yes, the BIG question is inevitable considering the complacency demonstrated by the Federal Government controlled security operatives who practically aided the Fulani Herdsmen in their operation. The orders by the Muhamadu Buhari led federal government for the federal government led security operatives to stop reprisals rather than to fetch out the perpetrators (Fulani Herdsmen) and punish them according to the laws of the land has clearly demonstrated the role of the presidency in these attacks. At this point, one is right to ask when will these criminals called Fulani Herdsmen become terrorist? If the President Buhari led Federal Government will rush to label IPOB a terrorist organization, why is the deadly Fulani murderers, radicals and heartless killers allowed to walk freely to carry out their evil act?

Indeed if this madness must stop, then Fulani Herdsmen must be proscribed and open grazing abolished in every part of Nigeria.