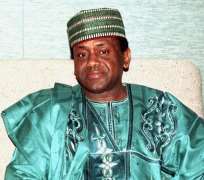 But, for the death of General Sani Abacha, the much-talked about restructuring of Nigeria would have been in top gear. In more ways than one, it was the death that robbed Nigerians of the opportunity of consigning the hot air over marginalization, more imagined than real, to the back seat of our national discourse.

Reference here is to the stillborn 1995 draft constitution, a product of the 1994/1995 National Constitutional Conference which contained some of the most revolutionary answers to the restructuring debate. In a manner of speaking, the Abacha draft remains the best constitution Nigeria never had.

It was convenient for the stopgap military administration of General Abdulsalami Abubakar to throw out any document that had the tag of General Abacha to it. Without doubt, General Abacha who was encouraged to snatch power by the same people who turned round to accuse him of grabbing power was a divisive leader. It was to be expected that, after he died after five impossible years at the helm, those who succeeded him embarked on a healing process that involved appeasing the south west who son, Chief Mas’hood Abiola, won but was denied the presidency in 1993.

Expectedly, the Abacha draft constitution became the first casualty in the healing process. To the applause of many Nigerians, the document was hastily thrown out by the late Justice Niki Tobi committee that was set up to explore the way forward. In its place, the Niki Tobi Committee recommended some amendments to the 1979 constitution which it claimed ‘had been tried and tested and, therefore, provides a better point of departure in the quest for constitutionalism in Nigeria.’ Any decision that erased the memories of General Abacha, however noble, was okay to the June 12 crowd!

The Niki Tobi Committee did not have to adduce any reasons, cogent or otherwise, but it nevertheless went ahead to do exactly that. The Committee ‘raised compelling reservations’ to jettison the Abacha draft because it claimed was the ‘product of a disputed legitimacy’ and therefore ‘suffered a crisis of identity in the public consciousness’! The decision assuaged the National Democratic Coalition (NADECO), a highly organised body that was a constant pain in the neck of the Abacha regime. Not a few Nigerians likened the action to throwing away the baby with the bathwater!

Discounting his humongous loot trapped in banks in Europe, the most enduring legacies of General Abacha are the six geo-political zones and the six states, one each from the six geo-political zones, created by his administration in 1996. In any case, these two events were meant to be the building blocks for the fundamental restructuring of the country envisaged by the 1995 draft constitution. The document provided for six principal offices of five-year, single-term duration to rotate among the six geopolitical zones. Aside the offices of president, vice president, senate president and house speaker, there was provision for the offices of prime minister and deputy.

Had death not abridged Abacha’s dream in 1998 or, better still, had political exigencies not prevailed on General Abdulsalami into throwing away the baby with the bathwater a year later, chances are, by last year, 2016, Nigeria would have experimented with the Abacha formula for more than half of the ‘30-year transition period’ envisaged by the 1995 draft. The aim of the 30-year transition period was to ‘promote national cohesion and integration’, after which merit and competence will replace rotation in determining who gets what!

In practical terms, and in strict adherence to the principle of rotation envisaged by the Abacha document, at no point in time would any zone have complained of marginalization since there was always going to be one ‘juicy’ office to be vied for by each of the six zones in every five- year cycle. Assuming the arrangement came into effect in 1999, what this meant was that, by 2019, five out of the six geo-political zones would have produced a president for the country!

What it also meant was that, the ‘30-year transition period’ would have ended in 2029, by which time each of the six geopolitical zones would have produced a president, a vice president, prime minister, deputy prime minister, president of the Senate and speaker of the House of Representatives for a single term of five-year duration.

One other unique feature of the Abacha document is its capacity to eliminate the incumbency factor and the abuses linked to it. Since the draft envisaged its replication at state levels, the president and other principal officers as well as state governors and stand disqualified from seeking reelection after their five-year single-term incumbency! From the way it was structured, the Abacha document promised to restructure Nigeria from ‘a country of contending ethnic nationalities’ into a modern nation-state by 2029!

As a matter of fact, the Abacha document was so comprehensive and so prophetic that it anticipated the untenable and wrong-headed agitation for Biafra and the hollow talk of marginalization that comes with it especially since the south east and Goodluck Jonathan lost out last year. Now, can and, should Nigerians continue to play the ostrich and allow lawlessness to dominate the political scene? Can we afford to allow virtual bandits to dictate how the country is run? Are we to allow a rambunctious few to continue to stampede us and dominate national discourse?

Of course, the talk of dissolving Nigeria is hot air that lacks substance. Yes, there is need to restructure and this should not be mistaken for a breakup as some are so lazy to believe. We need to restructure in a way every section of the country will, at all times, be appropriately represented in governance. The Abacha draft proclaims rotation for a thirty-year transition period. We need to have a way out of incumbency and its problems. The documents suggest a five-year single-term for public office. We can restructure in a way lawmaking will be effective and inexpensive. The Abacha draft suggests part-time lawmaking!

Equally important is Nigeria should restructure in a way that treasury looters will not be shielded from prosecution. It may interest Nigerians and their elected representatives that there is no proclamation for the much-abused immunity clause for any public office holder in the Abacha draft! Not even the president, his deputy and governors and their deputies as is the case now or, for principal officers of the National Assembly as is being proposed by larceny-inclined lawmakers.

It is about time we took a serious look at the Abacha document. Problem is, the way things are, the current National Assembly, especially its upper chamber, does not appear to have the capacity for any serious legislative undertakings. Yet, in the midst of the rot, there are upright and straight-thinking lawmakers who feel genuinely scandalized by the puerility of their tainted colleagues.

It is to this group of lawmakers that Nigerians must direct their appeal for a genuine restructuring devoid of needless bloodletting.

Heck! It’s all about Nigeria!