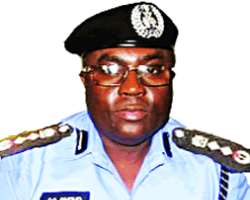 Onovo
A nine-month old pregnant woman, Rachael Nyanyano, and the father of the Coordinator of the Save Nigeria Group (SNG, Bayelsa State chapter, Pa Ile, were among the arrested protesters  still  languishing in the cell of the Criminal Investigation Department (CID) despite an order from the Commissioner of  Police that they should be released.

At the various cells, the detained protesters lamented the poor condition they were kept in since their arrest on Tuesday. Mrs. Nyanyano  accused the policemen of beating her with gun butts  in spite of her being pregnant as she was seen bleeding in the cell.

But the Commissioner of Police, Elder Onuoha Uka Udeka, said he had ordered all the suspects to be released on bail, while investigations would go on in the case.

A lawyer to the suspects, Pere Mark Opubiri, corroborated Udeka's claims but said they needed to sort out the process with the Assistant Commissioner of Police (CID) before the suspects would be released on bail.

Udeka also explained why the Bayelsa State Police Command had to stop the rally on Tuesday, stressing that it was in the best interest of the people of the state that the decision was taken.

According to him, if the rally had been allowed to go on, then there could have been breakdown of law and order as another group, Concerned Bayelsans, was also planning to stage a rally.

Udeka, who showed journalists copies of exchange of letters between his office and the two groups, insisted that the SNG did not mean well by the proposed rally.

The police boss said he confronted the leadership of the SNG with the real motive of their planned rally which prompted them to withdraw their earlier letter stating that they wanted to express solidarity with President Goodluck Jonathan in a rally but actually planned to demonstrate against bad governance in Bayelsa State.

Consequently, Udeka said he spoke to the two groups and appealed to them to shelve the rallies in the interest of peace, an appeal which the Concerned Bayelsans group accepted but  the SNG rejected.

The SNG's position, he stated, forced him to write them through their lawyer, E. Igwele, and offered reasons the police had to stop the rally.

'It is in fact not the intention of SNG to carry out a solidarity rally to drum support for President Goodluck Jonathan's elevation but rather a strategic  ploy aimed at discrediting the administration of Governor Timipre Sylva and instigate a public acrimony against him,' the letter read in parts. Udeka said as the Commissioner of Police, he took responsibility for whatever happened in the state and he would rather want Bayelsans to sleep with their two eyes closed rather than  allow people protest and cause crisis.

'We stopped the rally not because of anybody but Bayelsans. We have a responsibility to secure the people of Bayelsa,' he added.