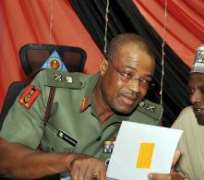 MRA, in a statement in Lagos, said that besides the duties and obligations which the BPP has as a public institution to which to the FOI Act applies, as a “procuring entity” and the regulatory agency for public procurements, the BPP is also given general and specific responsibilities under the PPA to ensure transparency in public contracting processes.

According to MRA's Programme Manager for Freedom of Information, Mr Ridwan Sulaimon,  “The Public Procurement Act requires the BPP to establish, develop, or maintain various databases and records. These provisions are intended to facilitate the effective implementation of the Act and guide the public and interested stakeholders on the different types of information available in the procurement process and where they can be obtained.  The BPP is also mandated to publish certain types of information about itself and its activities as part of a concerted effort to achieve the transparency objectives of the Act”

In his view, the BPP has not fulfilled many of its transparency obligations even under its enabling law and was largely negligent in its regulatory functions relating to the transparency of procuring entities and public access to their procurement records and information, including its duty to prescribe the fees that Federal ministries, departments and agencies may charge for copying or certifying procurement records, as required by Section 14 of the Public Procurement Act.

Besides, Mr Sulaimon said, the BPP has ignored virtually all its duties and obligations under the FOI Act.

He said, , “In the last six years since the enactment of the FOI Act, the BPP has never submitted any annual implementation report to the Attorney General of the Federation (AGF) as required by Section 29 of the Act; and it has not proactively published the 16 categories of information it is required to publish in accordance with Section 2(3) and (4) of the Act. There is no indication whatsoever that the organisation has designated an officer to whom requests for information may be sent, as required by the FOI Act and the Implementation Guidelines for the FOI Act issued by the AGF.

Mr. Sulaimon said: The recent assessment by the Public and Private Development Centre (PPDC) in its 2017 ranking of 166 public institutions based on the levels of public access to procurement related records and information, which was released on September 28, 2017 also portrayed BPP as one of the worst institutions in terms of lack of compliance with the FOI Act. Even requests for procurement information were ignored by the BPP, despite being the standard setting organisation for procurement transparency in Nigeria.”

Noting that the BPP is currently leading efforts to implement electronic procurement and open contracting in Nigeria, which recently earned the Bureau the Government Innovation Award, from the Washington DC-based Open Contracting Partnership (OCP) and the London-based Open Data Institute (ODI), he wondered how the “BPP can be leading such a massive and important transparency initiative in the country when it has itself never complied with the FOI Act, the most important transparency legislation in Nigeria.”

Mr Sulaimon added that “the Nigerian Open Contracting Portal (NOCOPO), the development of which is being led by the BPP, is expected to publish open data from over 750 public institutions to the Open Contracting Data Standard with the aim of improving transparency, preventing corruption, and enhancing active citizen participation and feedback towards achieving better service delivery.”

He called on the Director-General of the Bureau, Mr. Mamman Ahmadu, to take the BPP's induction into the FOI Hall of Shame as a wake-up call by complying with the relevant provisions of the FOI Act, especially since such compliance will confer on the Bureau the needed moral authority to exercise its powers and perform its functions much more effectively.”

Launched on July 3, 2017 to shine the spotlight on public officials and institutions that are undermining the effectiveness of the FOI Act through their actions, inactions, utterances and decisions, Media Rights Agenda has so far inducted 11 public institutions and two high court judges into the FOI Hall of Shame.

MRA released a 16-minute video documentary titled: “The Dirty Dozen” on 28 September 2017, focusing on the first 12 inductees into the FOI Hall of Shame as part of activities to commemorate the International Day for Universal Access to Information. The documentary can be viewed on Youtube at: https://www.youtube.com/watch?v=dU7MEisRQqM .