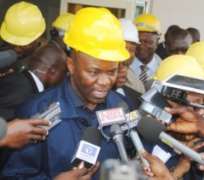 The First Lady, Aisha Buhari, hinted about the cabal, October, last year, when she declared that her husband's government had been hijacked by a cabal, which was “behind presidential appointments.”

Her words: “The President does not know 45 of 50, for example, of the people he appointed and I don't know them either despite being his wife for 27 years. Some people are sitting down at their homes folding their arms only for them to be called to come and head an agency or ministerial position.”

On return from London in June where she went to see her husband, still on medical vacation, Mrs. Buhari said: “God has answered the prayers of weaker animals. The hyenas and the jackals will soon be sent out of the kingdom. We strongly believe in the prayers and support of the weaker animals.” One of the Nigerian leaders that have remained consistent on his claims that a cabal in Aso Rock has hijacked power from President Buhari is elder statesman and former lawmaker, Dr. Junaid Mohammed. President Buhari Meets with Ibe Kachikwu He unequivocally stated recently in a newspaper interview:

“As it has emerged, Buhari cannot take firm decisions against the cabal running his government. In the end, the President is always trying to pacify the cabal and it is very sad.” Last week, Dr. Ibe Kachikwu, the Minister of State in the Petroleum sector, adorning leopard-skin garments, emblematic of his Chieftaincy title of Odogwu (traditional prime minister) of his native Onicha Ugbo Kingdom, Aniocha North Local Government Area, Delta State, and clutching a machete-like regalia, joined his kinsmen to celebrate the New Yam festival. It was an occasion for joviality and thankfulness, but the significance of the emergence of the Odogwu in leopard clothing was not lost on his people, who loved him for his contributions to the growth of the farming community.

However, it was a different scenario for Kachikwu when he prepared to return to Abuja after the festival, as a memorandum, sealed and delivered to President Muhammadu Buhari, August 30, pertaining to recent happenings in NNPC, had been leaked to the media. Kachikwu, in the memo lamented his inability to meet with the President since he didn't have access to him any more. Prior to his appointment as Minister and later, Chairman, NNPC Board, last year, Kachikwu was the immediate past GMD of NNPC. He was pulled from the Exxon-Mobil (Africa), where he was the Executive Vice-Chairman and General Counsel.

The national outcry about the inability of a Minister of Petroleum( Nigeria's main foreign exchange earner), to say the least has been deafening. Kachikwu, a shrewd manager and bureaucrat has won the portrait of a man in a hurry to fix the sector with out-of-the-box ideas. But, the recent happenings are no surprise to those who have been following events since Kachikwu was surprisingly removed as NNPC GMD, last year. A cabal at the Presidency had long branded Kachikwu anti-North, sponsor of militants and corrupt in his days as NNPC GMD and even as Minister of State for Petroleum.

Findings by Saturday Vanguard showed that President Buhari, who rummaged around for a prudent goal getter to transform the NNPC on resumption of office got Kachikwu through a retired Northern army general and it took serious efforts on the part of the go-between to drag him out of his Exxon-Mobil office, which he was unwilling to vacate. The cautious Kachikwu gave some conditions, which the President obliged him and was satisfied with his performance within months, as the GMD, who doubled as Minister of State for Petroleum.

Kachikwu came out with reforms and strategies that impressed the President, until the cabal started pushing to relieve him of the GMD portfolio. “The truth is that some people have always seen NNPC as a cash cow and the kind of reforms/due process Kachikwu was putting in the place did not favour their plan. “Before they succeeded, several attempts to cut Kachikwu to size in the past backfired, as he had both the ears and confidence of Buhari, who reportedly commended the minister in many occasions. Our source said the cabal found out that after “poisoning” the mind of President Buhari about Kachikwu, the Minister of state, who is a very intelligent man, “had a way of presenting matters and getting the President to approve his work plan.”

“They cited some cases about Niger Delta where after they had agreed on certain militarily actions to be taken on the region, Kachikwu would come from behind and tell the President how such options were not good for the ultimate peace and development strategies that the government had in mind. “So, they decided to plant somebody to always be present whenever Kachikwu came to brief the President, but the Minister would always ask for a private session with Buhari to discuss critical issues. “And when the group saw that the strategy of eavesdropping on discussions was not working, it decided to deny him access to the President. And this they effectively did as the Minister admitted in his memo,” our reliable source disclosed. The source added: “

Tried as much as Kachikwu did since August when President Buhari returned to see him, the cabal did not grant him access. The members of the group are very powerful and they are around the President. You cannot get to him except they know and want you to meet with him. I can tell you that they are fencing him from people with better ideas on how to run the country,” the privileged official said. Not strictly Baru idea Saturday Vanguard was told that it was not entirely the plan of Dr. Baru to be unruly to his former boss and supervising minister, Kachikwu, but he had to dance to the music of those that made him GMD. “He did not know he would be made GMD at the time he was named, last year. In fact, he was thinking of how to survive on his job, but during the Eid el Kabir celebrations, some members of the powerful cabal met President Buhari, who just returned from a medical trip abroad.

Before Kachikwu could gain access to him on the happenings in the Ministry and his peace overture to the Niger Delta region while he was away, the cabal succeeded in convincing him to change Kachikwu and name Baru as NNPC GMD.,” the official revealed in a way that didn't portray Baru as the problem.

According to him, “The President though retained Kachikwu as Minister of State for Petroleum; it was obvious that he was not listening much to his expert opinion anymore. They portrayed him as somebody colluding with militants to make demands for Niger Delta region and I am sure that Kachikwu must have picked up such information too.” “The last time the President was ill and away from the country for many months, they simply went to the Vice President, Prof Yemi Osinbajo, who was the Acting President to perfect some things, but when he directed them to meet Kachikwu, they found other ways other than going to him,” the source stated. Buhari A presidency source, however, ruled out the involvement of the President in the recent happenings in NNPC, saying that the matter had been brought to his attention and he was going to resolve it.

And only yesterday, the President actually invited Kachukwu to Aso Rock and they met behind closed doors. My report card, by Kachikwu In his midterm report, covering August 2015 and August 2017, in Abuja, Kachikwu, stated: “Shortage of petroleum products supply was a regular occurrence, resulting in long queues of anxious motorists at filling stations as a result of uncertainty in products availability,” the minister recalled.

He said to resolve the crisis, the government had to start with creating 'NNPC's 20 fixes', to create initiatives around issues of costs of business, restructuring, business focus, departmental independence, and low morale of staff. Besides, he said the '7 Big Wins' initiative was to point at the direction the oil industry was to go in the next three to four years, setting the benchmark for the administration's expectations.

During the period Mr. Kachikwu said the National Petroleum Policy was established, to set the medium to long-term parameters and targets for industry strategies and policies on oil resources, including oil reserves growth and utilization. Other achievements included the approval of the National Gas policy, to define the strategies for harnessing and development of the country's gas resources, elevate gas from being a subsidiary of oil, and giving it the practical expression of Nigeria as a gas territory. Also, he said a new joint venture arrangement was approved by Executive Council of the Federation, FEC, to modulate how the operating companies pay cash calls, to promote new investment while freeing government from Joint Venture funding obligations.

To deal with the crisis of fuel queues, Mr. Kachikwu said appropriate fuel pricing framework was created, which facilitated the immediate disappearance of fuel queues at filling stations across the country. “Since then, refined petroleum products consumption has dropped from over 50 million litres per day to average of 28 million litres, creating certainty and peace in the operating environment,” he said. On the business environment, the minister said the resolution to encourage the involvement of private investors in massive infrastructure development has helped resolve the crisis, although he said it was still inadequate.

He identified some of those private initiates, namely the Dangote Group effort to build one of the world's largest refineries and the development of fuel receptor terminals by MRS Petroleum. In addition, he said the National Petroleum Development Company, NPDC, was investing in growing its production capacity, from 30,000 barrels to over 200,000 barrels per day, bpd, with a projection to reach 500,000 bpd. To resolve the perennial Niger Delta crisis, he said the government adopted collaboration, intervention and partnership strategies to calm the restive community people in the region, saying this has since paid off, with oil production increasing from 1.2 million bpd to 2.2-2.3 mbpd, including condensate.