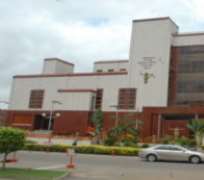 The Supreme Court has reserved ruling till December 15, 2017 on whether or not the Economic and Financial Crimes Commission should continue investigation on Yanaty Petrochemical Limited over an alleged N1.8 billion petroleum subsidy fraud.

Yanaty had dragged the EFCC to the Supreme Court urging it to set aside the decision of the Court of Appeal Abuja Division allowing the anti-graft agency to continue investigation and possible prosecution of the company over the alleged subsidy fraud.

It would be recalled that, Yanaty’s Managing Director, Elias Adeojo, was given approval by the Petroleum Products Pricing Regulatory Agency to import 30,000 tons of premium motor spirit, PMS under the petroleum Support Scheme in the first quarter of 2011.

The Abuja Division of the Court of Appeal, however, set aside the decision of the Federal High Court allowing the EFCC to conclude its investigation against the company, a decision which prompted an appeal to the apex court.

When the case came up Wednesday at the Supreme Court, appellant’s counsel, Bolaji Ayorinde, while adopting his brief of argument said “as long as Yanaty is concerned, investigations on the payment of Fuel Subsidies by EFCC or any agency has been concluded”.

According to Ayorinde, the appellant had been cleared through investigation by the Committee on Verification and Reconciliation of Fuel Subsidy. He submitted that the appellant cannot be reinvestigated on the same allegation.

The learned silk prayed for an order restraining EFCC, their servants, agents or representatives or any agency from carrying out any investigation, interrogation or inviting the plaintiff on anything related to fraud and money laundering.

Tahir added that another fallacy by the appellant is the baseless and repeated claims that it was given a clean bill of health by the Presidential Committee.