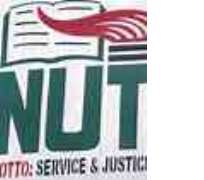 Teachers in Enugu State have expressed their reservation against hand-over of primary and secondary schools in the state to the churches.

There was partial return of some schools in the state to the churches in the last administration but majority of the schools are still run by the state government.

The state chapter of Nigerian Union of Teachers, NUT, while celebrating the 2017 World Teachers' Day in Enugu, on Thursday, kicked against return of schools to the missions, saying it will bring about crisis in the education sector.

State chairman of NUT, Ozo Paul Nnaji, in his address at the function drew the attention of Governor Ifeanyi Ugwuanyi to a recent School Transfer (Amendment) Law 2017, which he said tactically attempts to hand over all schools to churches.

Nnaji frowned at the provisions of the law, which make the church recommend to boards the appointment of a head teacher based on competency and on recruitment exercises.

He said: “The overbearing influence of the church on the school system should be resisted to avoid industrial pandemonium in the education sector.”

The NUT also lamented shortage of teachers in the school system, noting that in 2017, no less that 500 teachers were retired or deceased without corresponding replacement. It said the state needed no less than 6000 teachers to enhance teaching and learning, while also appealing for renovation of schools and housing scheme for teachers in the state.