Re: Festus Ofume And His Ydp...…how Honest Is He To His Followers? 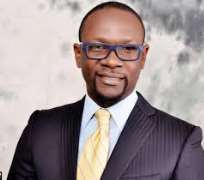 1. The attention of Hon. Barr. Festus Ofume, the Delta State Chairman of the Young Democratic Party (YDP) has been drawn to a false, misleading, jejune and infantile post with the caption “FESTUS OFUME AND HIS YDP......HOW HONEST IS HE TO HIS FOLLOWERS?” published on a PDP group WhatsApp page “BRIDGE BUILDERS” and circulated online particularly on Facebook by DELTA IGORUH an amorphous and faceless political group of the Delta State Chapter of the PDP.

2. In the said publication, the author made sundry allegations against the person and character of the YDP state Chairman Hon. Barr Festus Ofume in an undisguised attempt to please certain selfish interests who are scared of the rising popularity of the YDP and have tried in vain to purchase the YDP and its state Chairman.

3. We would have ignored the ranting of the frustrated elements of the PDP, but as it is said, a lie which is constantly told on a sustained basis, may soon assume the status of the truth.

4. Therefore, in order to disabuse the minds of Deltans and to set the record straight, we emphatically state as follows:

i. Barr. Festus Ofume has never executed any SUBEB contract or any contract whatsoever for the Delta State Government. We therefore challenge the aforementioned author and the sponsor to produce any evidence to the contrary or forever bury their ugly heads in shame and shut up.

ii. Barr. Festus Ofume unlike the jobless author and the sponsor of the puerile publication is an accomplished Lawyer of more than 15 years standing in addition to being an active politician.

iv. The publication should be disregarded by well-meaning Deltans as an attempt by mischief makers who rather than commiserate with the YDP state Chairman who recently lost his father on the 27th of September, 2017, find pleasure in attempting to sow a seed of discord between two loving brothers who are mourning their departed father.

5. In the YDP, we are constrained to address only issues that have bearing on the overall development of Delta state. That is why we will not go ahead to expose the putrid stench that flows from the self-acclaimed PDP leader in Ika South Local Government Area who is the sponsor and brain behind this noxious and obnoxious post. We will not condescend to the level of a person who can only use the language of the gutter where he belongs. It may however interest the public to note that this acclaimed leader with no follower, who now finds a home in the bosom of the Okowa administration is renowned for political betrayal and prostitution, as he was a die-hard loyalist of a former PDP national leader from Ika South who in 2015 gave him a delegate slot (even when he was not even qualified) so as to collect money for his “BRIDGE BUILDERS” leader who cornered all the delegate allowances even when he was never a delegate. It is a shame that a character that cannot establish and manage a family but finds pleasure in smoking and womanizing can be regarded as a leader in PDP. This is only a reflection of the decrepit state of the drowning PDP which is scared of the Delta State YDP tsunami whose core message is good governance via responsible leadership.

6. For us at the YDP, we are neither deterred nor distracted, but we remain focused on our noble cause of halting the downward drift of Delta State being superintended by the PDP administration over the past 18 years by providing an alternative platform that will meet the yearnings and aspirations of Deltans.