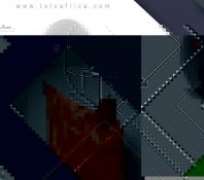 Barely three days after it launched, new satellite TV provider, TSTV has received its first warning shot in form of a letter alleging illegal pirating of some TV content.

A letter purported to have been sent to the Nigeria Copyrights Commission by beIN, a TV content provider, and titled “Illegal Pirating of beIN Content”,  alleged that TSTV planned to offer its content illegally.

The purported letter was stamped to have been received on September 29, two days before the official launch of TSTV.

However, the new TV provider had denied the letter and described it as frivolous.

The new provider in a series of tweets on its twitter handle @tstvafrica, urged Nigerians to disregard the letter as they were fake and an attempt to bias Nigerians even before it begins sales.

“DISCLAIMER!! We are not unaware of the messages circulating the social media regarding a letter from beIN Sports and Turner.

“We wish to inform Nigerians that the letters are FAKE and were prepared basically to bias Nigerians.

“Kindly disregard the documents because they are frivolous. TStv Africa…connecting your world!

Recall that after its launch on Oct. 1, many Nigerians took to their twitter handles to celebrate the new satellite TV provider while mocking other existing ones.

However, some of the Nigerians warned TSTV to be prepared for a fight from persons who would attempt to bring it down.

Meanwhile, the Nigeria Copyrights Commission (NCC) had neither acknowledged or refuted the said letter as at the time of this report.

There was also no mention of the matter on beIN's twitter handle: @beINmena nor its website, http://bein.net/en/