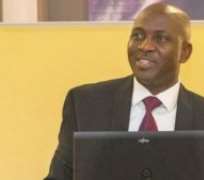 Nigeria LNG Limited  has won the first battle against the Nigerian Maritime Administration and Safety Agency over the applicability of  levies, which the agency sought to collect from the gas producer.

A Federal High Court sitting in Lagos on Tuesday entered judgement in favour of the gas producer.

NIMASA had catalogued various payments which it claimed that the  NLNG was liable to pay, including  three percent gross freight  on its international inbound and outbound cargo, Sea Protection Levy, two percent cabotage surcharge on all activities carried out for and on its behalf, as well as other sundry claims, all of which NLNG disputed.

The court presided by  Hon. Justice M.B. Idris held that NLNG was not liable to make the such payments to NIMASA, and that all such payments already made by NLNG to NIMASA should be refunded to NLNG forthwith.

Idris further held that NIMASA was wrong in blockading the Bonny Channel for the purpose of enforcing the payments against NLNG.

NLNG, in 2013, filed the case at the Federal High Court against NIMASA, seeking a judicial determination on, among other things, the legality or otherwise of the levies sought to be imposed on NLNG by NIMASA, and the consequent blockade of the Bonny Channel by NIMASA and its agents as a result of the dispute.

The gas company resorted to court after NIMASA had taken physical actions to force the payment of the fees.

NLNG had also sought a Court Order restraining NIMASA from further blockade of the Channel.

An Interim Injunction granted in favour of NLNG by the Federal High Court was disobeyed by NIMASA, which again effected a blockade of the Bonny Channel for over a three week period whilst the matter was pending, thereby preventing NLNG vessels and other vessels doing business with the Company, from entry and exit through the Channel.

NIMASA had filed a Counterclaim restating its supposed entitlement to receive payment of the levies from NLNG. However, the Federal High Court judgement reinforces NLNG's position that by the provisions of the  applicable laws, the Company is  not subject to payment to NIMASA of the three percent gross freight as well as the Sea Protection Levy,  and that the two percent Cabotage Levy is inapplicable because NLNG's LNG vessels are not involved in coastal trade or cabotage.  This decision also affirms the sanctity of the guarantees and assurances conferred on the Company and its Shareholders by the Government of the Federal Republic of Nigeria, on the strength of which the Shareholders made their investments from which the country has reaped immense returns.

NLNG as a law abiding company and a good corporate citizen remains committed to conducting its business in accordance with the laws of the Federal Republic of Nigeria.

But in a swift reaction, t he Director General of Nigerian Maritime Administration and Safety Agency (NIMASA) Dr Dakuku Peterside  expressed the Agency's dissatisfaction with the judgment of the Federal High Court by Justice M. B. Idris, delivered today in the case between NIMASA and the Nigeria Liquefied Natural Gas, (NLNG).

Consequently, Dr Dakuku has stated the Management's intention to appeal the judgment. He noted that “the Agency's Legal team are waiting for the certified true copy of the judgment which we will study and respond as   appropriate”.