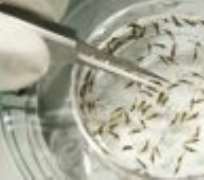 After a team of British researchers found bits of Zika virus lingering in the semen of men whose symptoms had cleared months before, they began to wonder: What other viruses hide out in unsuspecting parts of the body?

At least 27, according to a report published Wednesday by the Centres for Disease Control and Prevention.

These include viruses that have been at the centre of recent epidemics, like Ebola and Marburg, as well as viruses like mumps and adenovirus, which can cause a version of the common cold.

“This really raises the question of what is the definition of an STD,” Fenyong Liu, a professor in the division of infectious diseases at the University of California Berkeley School of Public Health who was not involved with the new report, told Business Insider.

The viruses appear to take advantage of one of the body’s key protective mechanisms, a phenomenon known as immune privilege.

Certain parts of the body, like the eyes, are essentially no-fly zones for the immune system’s defense armies. They are shielded from inflammation to protect more critical functions like vision.

Similarly, it’s believed that some reproductive organs may be immune-privileged to protect sperm or eggs.

But this immune privilege may also serve as a foothold for a disease-causing virus like Ebola or Marburg, which the new study finds can remain in human semen for surprisingly long stretches of time.

Here, the immune system can’t touch them.
In the event of a viral outbreak, physicians and public health experts typically urge people to stay away from anyone who is infected for several weeks, paying particular attention to things like saliva and blood.

The new study suggests this may not be enough. In some cases, viruses can persist for as many as 565 days (over 18 months) in semen, meaning that an infected person could theoretically remain contagious for up to several months after they come down with one of the viruses.

“Clinicians and researchers need to consider the possibility that traditionally ‘non-sexually transmitted’ viruses can persist in semen, and this therefore raises the possibility of sexual transmission,” Alex Salam, the lead author on the paper and a clinician and clinical researcher for the United Kingdom Public Health Rapid Support Team, said.

Although the researchers found pieces of the genetic material of these viruses, including Lassa fever, Epstein-Barr, and varicella zoster (the virus that causes the chicken pox), that doesn’t necessarily mean that the virus could be transmitted sexually. To find out if that is the case, they’ll need more research.

In the past, it was unclear how several viruses on the list could spread. BK virus, for example, was thought to spread from person to person through respiratory fluids or urine, but the new study suggests that it can also be passed on through semen.

“This should raise people’s awareness that even though they might contract a respiratory illness or something that affects the lungs, it could potentially be spread through an entirely different part of the body like the semen,” said Liu.

To come up with their list, researchers combed the scientific literature and found nearly 4,000 published papers that documented evidence of viruses whose genetic material had ended up in semen.

In addition to the 27 viruses they found, the researchers also discovered the genetic material of several other viruses, such as dengue, SARS, and smallpox, in human testes. There isn’t enough evidence yet to say if these viruses would also be present in semen, however.

Lots of questions about the viruses remain. The most pressing is whether or not they could all be sexually transmitted to a new host.

The researchers also want to know how long the viruses remain in semen and in what concentrations, as well as how their presence might impact sperm and male fertility more broadly.

“This brings up more questions than it answers — and that’s fascinating,” Liu said. – AOL.